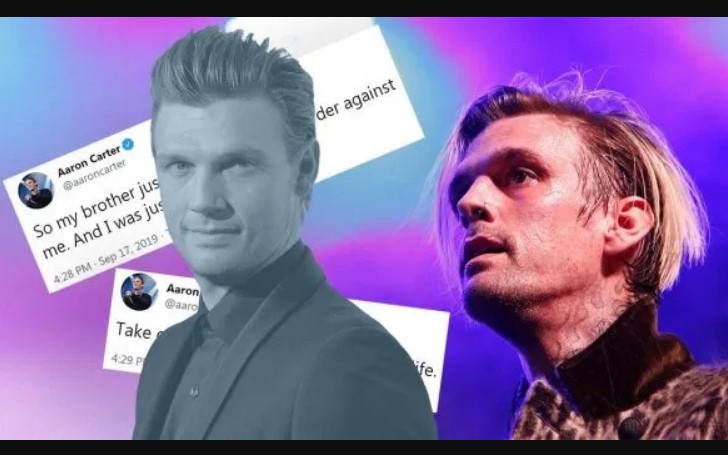 Nick Carter got restraining orders against Aron Carter following a threat to the singer's pregnant wife.

Following the order, the singer's brother must now stay at least 100 feet away from Nick's and his family and their Las Vegas home.

But according to Aron himself, he was shocked by the accusations. He said, "I do not wish harm to anyone, especially my family."

Apparently, Nick and his sister were required to seek a restraining order against their brother Aron.

Nick said, "After careful consideration, my sister Angel Carter and I regret that we were required to seek a restraining order against our brother Aaron."

The singer added, "In light of Aaron's increasingly disturbing behavior and his recent confessions that he harbors thoughts and intentions of killing my pregnant wife and unborn child, we were left with no choice but to take every measure possible to protect ourselves and our family. "Nick further said, "We love our brother and truly hope he gets the proper treatment he needs before any harm comes to himself or anyone else."

Aron, who is also a singer, rose to fame as a child singer. The singer, after acknowledging the restraining order, he took to his social media and said, "Take care, Nick Carter. We're done for life."

The singer also has a history of drug convictions and mental health issues. But at one point Aron has declined all allegations.

After the restraining order, the singer's mental health is once again questioned. Nick and his wife, Lauren Carter, announced they were expecting in May. After the threat, the family is advised to get necessary measures to keep themselves safe too.