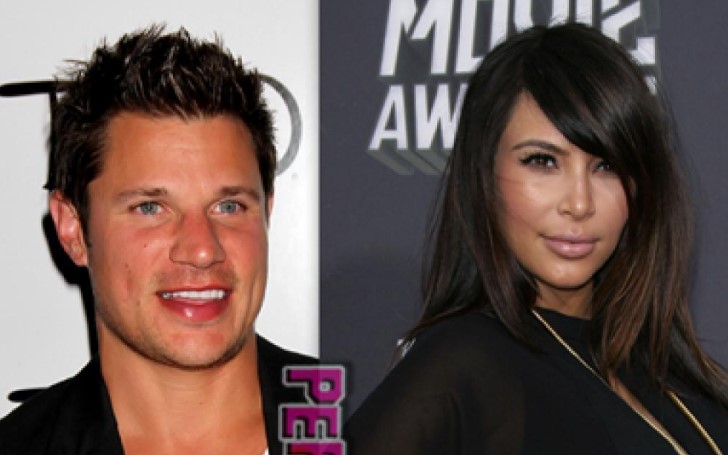 Hit American singer and actor, Nick Lachey, walked down the memory lane as he recalled his romance with now Mrs. West, Kim Kardashian.

The 45-year-old singer said he used to have a great time on his date with Kim Kardashian. On Thursday's episode of 'Watch What Happens Live,' he said he once went to see the movie 'The Vinci Code' with Kim during her early career.

Nick said whatever the motivations Kim had, he still wishes best for her, hinting Kardashian used him for fame, but it's all speculations again.
Source: DailyMail

The singer said, "We went on one date together. We went and saw 'DaVinci Code' together." He added, "She left about halfway through and went to the restroom, and shockingly, there were 25 paparazzi when we left the theater. I think there were other things to play on our little Rendez-Vous."

The 45-year-old singer stressed he had no idea what Kardashian's motivations were, but he had only good things to say about her.

He said, "Couldn't be a nicer girl. We had a great time. But no, we don't keep in touch anymore."

Whatever it was, Nick said he used to have a great time with Kim.
Source: Daily Mail

Lachey, who recalled his romance with Kardashian later married Jessica Simpson in 2002, which lasted for four years.

It's certainly good to go through some of your beautiful memories, which the singer did unless the next person doesn't mind as it included them in his stories.

We don't think anyone really disliked it, by the way. Well, we enjoyed his story too.