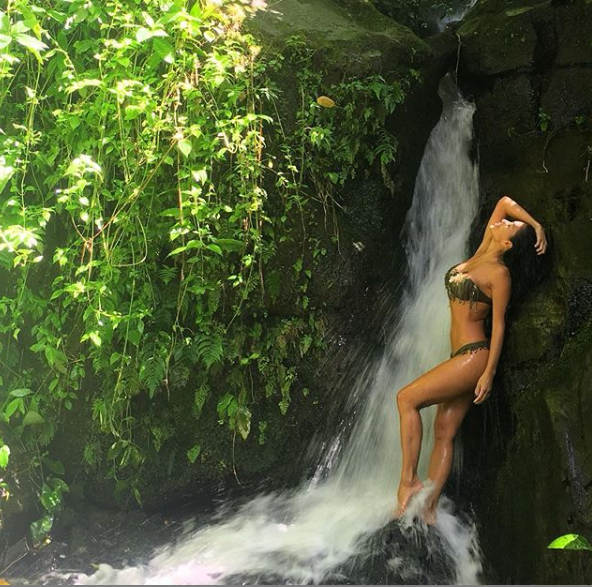 Former Pussycat Dolls member Nicole Scherzinger has finally broken her silence on the intimate video of her and her ex-boyfriend Lewis Hamilton being leaked to the internet.

The clip is said to show Scherzinger, 40, and the formula 1 champion, Hamilton, 34, cuddling in bed before messing about/making out in front of the camera.

Since the leak, the video has been viewed over a whopping 600,000 times. However, the video has now been removed from the internet.  Even though the exact date of the footage remains unknown, the pair last split in 2015. They dated on and off since 2007.

Nicole and Hamilton during their relationship

Not just the video, suggestive pictures of the Nicole Scherzinger were also put up on the internet. However, neither the video or not the images show Nicole or Lewis doing anything explicit.

It’s been horrible. I genuinely don’t understand why someone would do something like this, or why they would leak it. It’s an unbelievably mean thing to do.

Meanwhile, Lewis Hamilton was bringing the heat down in Barcelona with stunning Spanish model Cindy Kimberly.

Cindy is 20 years old and became popular after Justin Bieber put up her photo on his Instagram captioning it, ''OMG who is this?'' (sic). Cindy now has 5.7 million followers of her own.