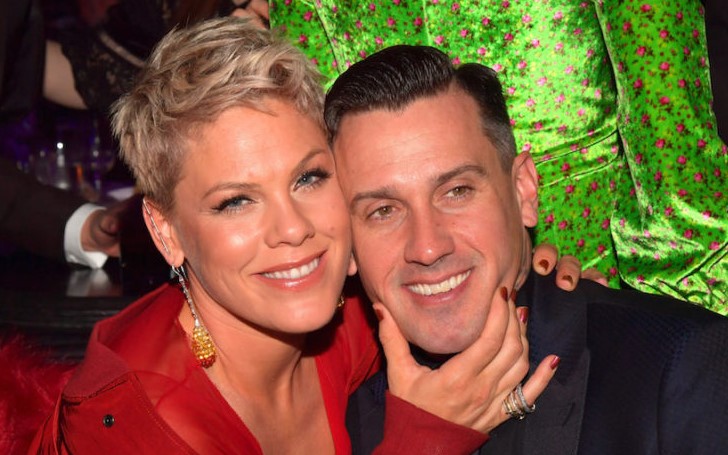 According to Pink's latest post on her Instagram, Carey is at the hospital and recovering from his Surgery.

The singer uploaded a picture of her husband, where Cart was seen lying on a hospital bed, wearing a mask and bandage on his left shoulder.

Pink, on the caption, wrote,

"My man-baby. I love him so. Successful Surgery and now let the healing begin. #bionicman #rotatorcuff #nurseratchetwillseeyounow."

Hart is feeling much better now, even Carey took to his Twitter account following the Surgery, and thanked his wife, nurse, and his fans.

"Surgery was a success!!! Thanks so much to my amazing wife and nurse [Pink]. She is my rock when I'm banged up. Time to get on the mend. 👍"

"It's go time!!!! Thanks for all the well wishes! Ready to get the healing process going."

Following the tweet, even fans of Pink and Hart flocked to social media to wish him well.

One fan wrote, "Good luck! Listen to the doctors and do the rehab, all of it. I've had both shoulders done, and it can take a year for a full recovery.  It depends on what's being done, but take it easy until the doc says diff.  Two words: wall angels, try 'em they are a killer."