'Psych: The Movie 2' Moved to 2020 in Coordination with NBCU's New Streaming Platform 'Peacock' 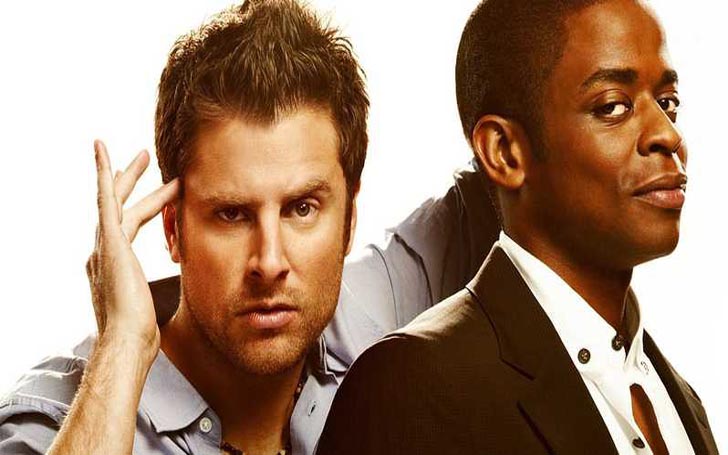 'Psych: The Movie 2' is coming to NBCU with the movie coming right in time with the new streaming platform 'Peacock.'

The USA Network was all set to premiere the new 'Psych' movie which already wrapped filming and was said to be coming on TV this fall, but now the schedules are changed. The sequel to the film to the much-beloved show which lasted for eight seasons and delighted fans, is now moving to the NBCU’s new streaming platform which was recently given the name ‘Peacock.’

According to Deadline, the movie was moved to 2020 with the new streaming service from NBC and Universal gearing up to provide content and lure some subscribers their way when the service comes alive in April of 2020. The first film of the series made its bow on 7 December 2017, and there were clear assumptions the second movie was also coming around the holiday period. But it was not to be, the fans only needed to wait about two months and change for the film, but now they will need to wait over five months to see the movie.

Watch: The announcement for Psych: The Movie 2 by the actors of the show and the first movie

Then there is the stumbling block of too many subscription-based platforms and fans being divided among service providers are looking for content providers who are going to provide more bang for their buck. The new streaming service is currently trying to cobble together 15,000 hours of programming to lure in people with a franchise such as The Office, which will leave Netflix in January of 2020, they are also making a reboot of the show when the American version was already a reboot of the British version.

‘Peacock’ is also looking to remake 'Battlestar Galactica' with 'Mr. Robot’s' creator Sam Esmail taking the project forward, FYI the new remake is also a reboot of a reboot and NBCU are also looking to 'Parks and Recreation' as well as Alec Baldwin to drum up excitement for the service along with the complete movie slate of Universal.

They are also hoping 'Psych: The Movie 2' will bring in some die-hard fans to the new streaming service, which is why they are delaying the release of the movie. 'Psych' is a fan-favorite TV show, and there was much interaction when it came to the first movie, there is also excitement for the second movie, and this seems to be a smart move by the company to make sure even a little amount of difference is made with every content at their disposal.

Peacock is also going to stream the 2020 Olympic which will be held in Japan and also shows like '30 Rock,' 'Downton Abbey' (TV show and movie) will be available in the streaming service which will follow the model of Hulu with ads and according to early reports NBC wants the service to be free of charge, which is unlikely to happen considering the slew of competition coming this fall with Apple TV Plus and Disney Plus releasing in November and HBO Max also making its debut.

The streaming war is only heating up and though it will be a headache for fans to decide which service best for them, the whole this is going to be gold for creative minds and TV shows and Movies creators who get to tell their stories to the masses.

Psych: The Movie 2 will most likely release in April of 2020 right in line with the release date of 'Peacock,' the new streaming service coming from NBC and Universal.

Just in case you want more, head on over to Movies & TV Shows to find out more about your favorite and future favorite thing on TV and on the silver screen. Also, make sure you click on the Entertainment tab to get all the information you need about your favorite celebrity. Then, there is Glamour Fame where you will find all the assortment of news and gossip in one place, so don’t miss out on anything.