home Entertainment Is Real Madrid The Undisputed Most Glamorous Football Club In The World?

Is Real Madrid The Undisputed Most Glamorous Football Club In The World?

Eden Hazard, the recent $85 million signing, was presented in front of 50,000 fans inside the iconic 'Santiago Bernabeu'. Madrid's way of signing 'Galacticos' to win trophies was pioneered by current president Florentino Perez back in early 2000.

Ideas change, stances soften, a new way of doing things take hold, the world has changed considerably since the time 'Real Madrid' was first established on March 2, 1902. Even the name is iconic, the world 'Real' means "royal" and it was bestowed on the club by King Alfonso XIII in 1920 along with the crown on top of the 'Real Madrid' logo.

'Real Madrid' has been the dream, the place people want to be, at the start of the 1950's it became more evident as the new European Championship was started of which 'Real Madrid' won the first 5 editions. The legendary team of Alfredo Di Stefano, Ferenc Puskas, and Francisco Gento is considered to be one of the greatest teams ever created. The dominance in the league as well as in Europe made 'Real Madrid' a powerhouse club in the world. 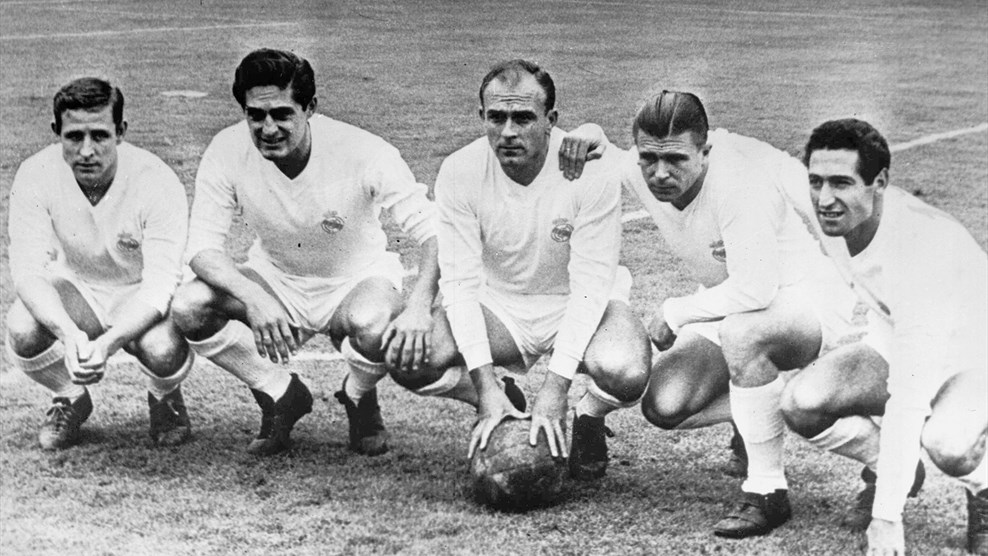 The early years established 'Real Madrid' as the dominating force in Europe and their dominance though wanned in Europe, their league dominance was long-lasting. Their rivalry with cross-town rivals 'Athletico' and league rivals 'Barcelona' made for some of the greatest matches in football history. The rivalry, the history, the players who came before made for some of the greatest narratives for the club.

It wasn't just the players played and the club forgot about them after the end of their playing career. The stadium 'Estadio Santiago Bernabeu' was named after the most important player in Real Madrid's history, forward Santiago Bernabeu, he was even the club president for over 30 years, till the day of his death.

Alfredo Di Stefano was made the president of the club in 2000, the best goal for the year in Europe is named after Ferenc Puskas. There is no shortage of Real Madrid players going on to be regarded as the greatest of all time. 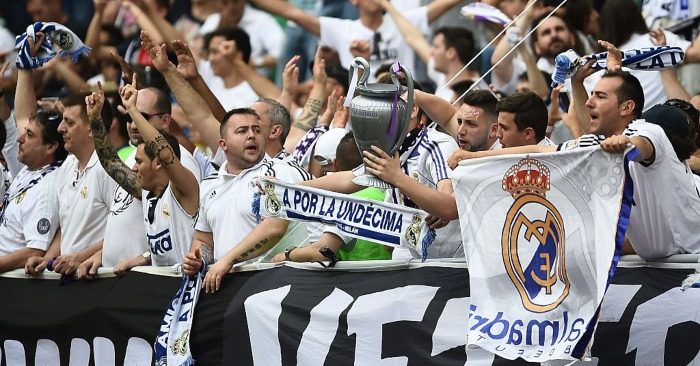 Real Madrid fans are one of the largest groups of fans in the world.
SOURCE: Football365

Living in Madrid, going to the club scene, training in the complex where past greats stayed and played. The glamour is there for the club, pulling the whites of the Madrid is like going to the moon itself, very few have done it and those who have done it are remembered forever. The reputation that comes with wearing the 'Real Madrid' crest is incomparable. Clubs can spend billions and still the allure of 'Real Madrid' is unfazed. From Zidane To Ronaldo, many have played at the 'Bernabeu' and they came there even when the club wasn't doing good.

Even the movie, 'Goal: Living the Dream' showed 'Real Madrid' as a be-all and end-all scenario for 'Santiago Munez'.

Watch: The trailer for Goal: Living the Dream

'Real Madrid' can go through a tough time and lose its place on the league table but the importance of the club history, the dedication of fans throughout the world will always mean more eyeballs at Madrid.

Everyone has seen the numerous trophy parades of 'Real Madrid', the ritual involved is one of a kind. First, the team travels to the 'Catedral de la Almudena' to be blessed, then they go to Madrid regional government where they sign the book and then they make their way to the 'Fuente de Cibeles', the fountain at the middle of Madrid where 'Real Madrid' customarily celebrate with the fans.

Finally, they make their way back to 'Bernabeu' where there are fireworks, heroic welcomes and plain right party of the year. Anyone sitting at home looking at the ritual, it is bound to make you wanna get up and go there itself.

That all brings us back to the Hazard presentation, a new player is welcomed in the stadium by 50,000 fans, he is brought to the President's box where highlights of his career are shown, then the president praises the player in front of his family. He is then taken on a tour of the trophy room where the President and the player sign the contract. They take a photo in front of the 13 Champions League trophies with the name of the player on the back of Real Madrid's jersey.

Also Read: What Cars Does Football Icon Cristiano Ronaldo Own? Details Of His Impressive Car Collection!

Those rituals, the lifestyle, the history will always make 'Real Madrid' as the preferred destination for players. The glamour and fame 'Real Madrid' and the city of Madrid brings is what will always attract the top players no matter the situation of the club.