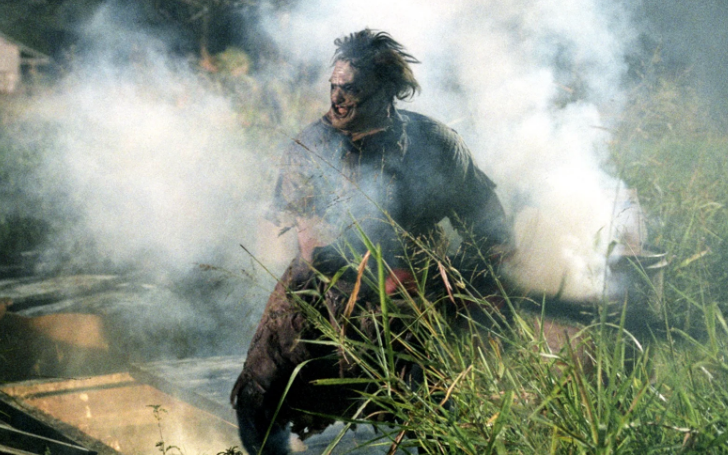 The 1974 American slasher movie, The Texas Chain Saw Massacre, was on of the biggest hits of the time.

The movie was written and co-produced by Tobe Hooper and Kim Henket, but how would you feel the story has a connection to a real-life event?

Sadly, it's true. The movie was inspired by a real-life serial killer. However, the story is not entirely based on the real-life event, but the idea for Leatherface character is purely inspired by the case of murderer Edward Theodore 'Ed' Gein.

You might be wondering why the real-life event is more terrifying than the movie when we said its story of cannibalism is not part of the original story? Wait for it.

Gein was also known as the butcher of Plainfield as he was suspected of killing several victims between the years of 1954 and 1957. Now, how's that for the starter?

Gein Was Shy and Docile

Gein was very shy and docile growing up. When we look back in the life of the serial killer, he along with his brother Henry were victims of their cruel mother who used rave about lust and sexual desire.

Henry used to criticize his mother, while Gein, who was obsessively religious fanatic because of his mother, Augusta, did not like his brother attitude.

The serial killer, at one point, almost killed his brother in a fight. He was dismissed as a suspect because of his nature.

This whole thing led Gein to detest his father. The only person he loved in the whole world was his mother.

Now, this is the turning point of the plot. Despite Gein's obsessive care, his mother died in 1945, leaving his son alone who then took a very unsettling habit of robbing graves. (Erie!)

Gein used to dig up the graves of female bodies just to cut off the parts of the body to keep them as souvenirs.

It was believed, he picked up an interest in necrophilism and human taxidermy.

He Got the Name 'Leatherface' for a Reason

In the movie, the character wears the leather-mask to cover his disfigured skin. But Gein was different.

He used to wear a leather-mask to appease his desire to be a woman. He used to wear the skins as leggings, belts, and masks so he could become his mother.

The Birth of a Serial Killer

Source: Scream For Me INC

Gein, after his fascination towards corpses, picked a new habit.

The dead people were not enough for him as he started hunting down females for his eerily weird obsession.

Then comes the birth of a serial killer. Gein killed two females, Mary Hogan, and Bernice Worden, and was suspect of many missing people.

Unlike the movie, the killer used a pistol to kill his victims. He was caught twice, but he was not pleaded guilty the first time because of insanity and was sent to the criminal mental hospital.

The killer was finally found guilty of murder a decade later from his first conviction and was sent to Central State Hospital, Wisconsin where Gein died a natural death in 1984.

To name a few, Gein has inspired many iconic horror characters for the Hollywood, like a 1959 novel - Psycho, The Silence of the Lambs, and 2017's Leatherface.

Knowing these fiction works had connections with real-life events are far more disturbing than the scene you saw in the movies.