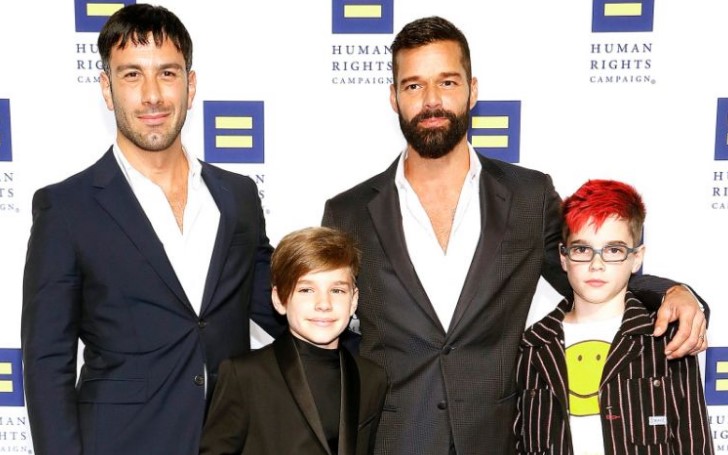 The singer holding his son in his arms added the hashtag #TheBabyIsBorn. Indeed, this is a big moment for the couple; Ricky also shared the news on his Instagram story. The couple is parents to Renn's big brothers, fraternal twins Matteo and Valentino, 11, and big sister - Lucia, ten months old.

The singer announced they were expecting another child during the Human Rights Campaign National Dinner in Washington D.C. last month. During the event, while accepting an award for his advocacy of LGBTQ rights and his philanthropy, Ricky said, "My family’s here."

And after which the singer revealed as he said, "And by the way, I have to announce that we are pregnant. We are waiting. I love big families."

Martin has always been open about how he loves the big family. We guess the family is still to grow. Anyways, we are happy for the couple as they welcomed their fourth child.

Glamourfame.com team would love to extend our big congratulations to the family. For more information on your favorite celebrities' lifestyle, stay tuned with us, and don't forget to sign up for the newsletter.