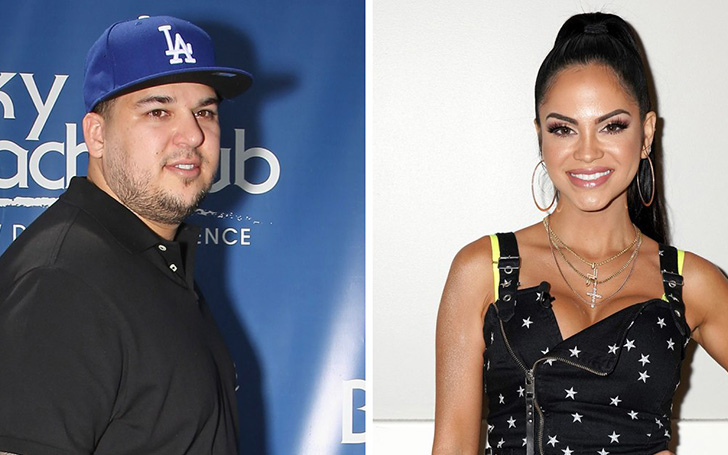 There's a new woman who caught the attention of Rob Kardashian and she happens to be none other than the Dominican singer, Natti Natasha.

Things got hot when these two decided to interact on Twitter. And not even a single second later, everything immediately led to fans developing and spreading dating rumors like a rapid-fire.

After all, why wouldn't it, right? We mean.

So, it all started when Natasha shared a hot picture of herself in nothing but a massive white sweater as she is seen inside a bathtub with flowers deco floating around her. 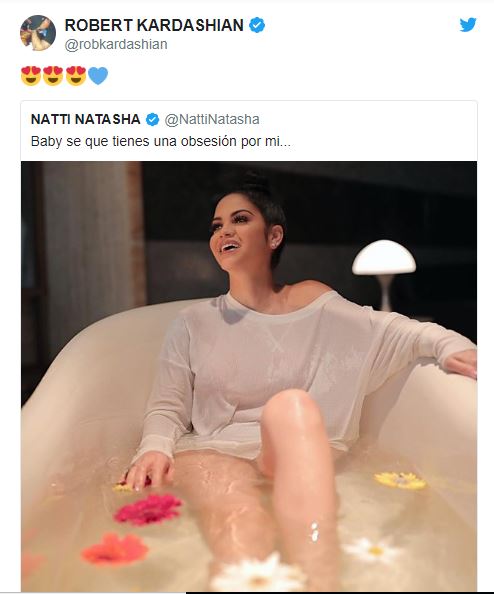 The 32-year-old artist, originally known as 'Natalia Alexandra Gutiérrez Batista', glammed up with full makeover looks sideways with a huge smile visible on her cakey face. 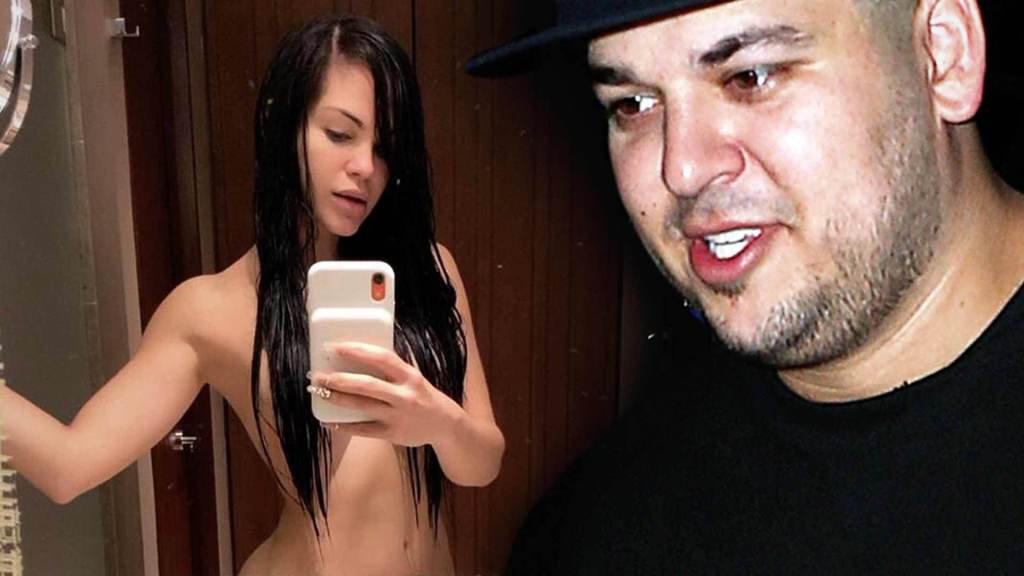 The 'Pa' Mala YO' singer writes "Baby se que tienes una obsesión por mi..." in the caption section which translates to "Baby I know you have an obsession for me..." in English.

It didn't take long enough for the 'Keeping Up with the Kardashians' star to get his eyes on the mesmerizing picture and quote the tweet with tons of heart eyes emojis.

The fans couldn't be more surprised when she quoted back the reality star's tweet with writing: "My Rob" followed by a blushing emoji.

My Rob? My Rob? M-Y R-O-B?? No wonder the fans immediately jumped to the conclusion with the relationship rumors although the two is yet to admit anything on this whole thing.

Fueling up more to the speculations, Rob once again back to back quotes Natti's picture, but this time, it's even more interesting as the picture shared by the singer is a steamy nude bathroom mirfie (aka a mirror selfie).

Natti, however, made sure she covered her modesty with her long black hair cascaded down her chest and plaid decoration stuff attached to the mirror.

Meanwhile, it looks like things already escalated quickly between these two as Natalia retweets one of Rob's tweet with a short clip of his daughter, and sweetly writes: "Princess God Bless Her".

Whilst the world will sooner or later find out how serious these two are, Natti, who is currently busy with traveling for her tours and promoting her music already has support from some of the 'KUWTK' fans.

But, what about the KarJenner sisters? Are they ready for a sister in law? Time shall reveal soon.