home Lifestyle Who is Rory McIlroy's Wife in 2021? All About His Married Life Here

Who is Rory McIlroy's Wife in 2021? All About His Married Life Here 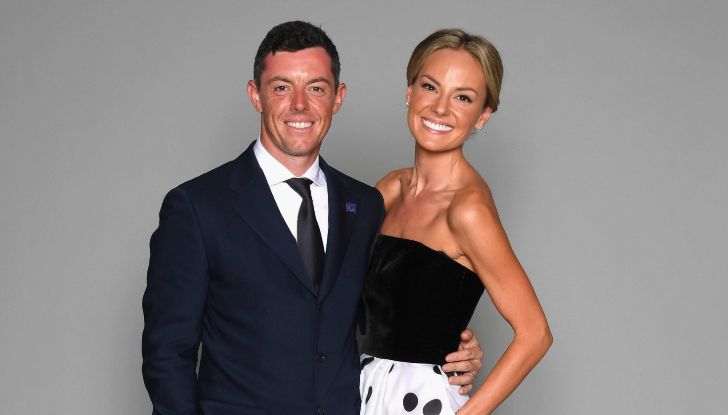 Who is Rory McIlroy's wife? A sneak peek into his high-profile married life!

A professional golfer, Rory McIlroy's name is counted amongst acclaimed players like Tiger Woods, Jack Nicklaus. A four-time Majors champion by the age of 25, Rory McIlroy is also a member of both European and PGA (professional golf tours)Tours. Rory McIlroy was born on May 4, 1989, in Holywood, Northern Ireland, to Rosie McDonald and Gerry McIlroy.

Rory's father, Gerry, an avid golfer himself, coached his son for golf at a very young age. Mentored by Michael Bannon, Rory went onto achieve a successful amateur career and henceforth made a solid place for himself in the sports world. Married to a former PGA employee, very few know about Rory's blissful and low-key married life. Continue reading to find more.

Who is Rory McIlroy's Wife?

Married to Erica Stoll, a former PGA employee, the couple's first fateful meeting in 2012 attracted a few headlines for the golf star but little did people knew that few years down the lane, the same chance meeting and headlines would turn into the advent of love story for the couple.

During the 2012 Ryder Cup, Rory reportedly overslept and almost missed his tee-time if it hadn't been for Erica, who worked for PGA then. Stoll came to his rescue by making all the necessary arrangements and getting him to the course just in time.

Related: Rory McIlroy's Net Worth as of 2021: All Details Here

Rory described Erica as a very reserved person who doesn't like being in the limelight. Also, parents to their first-born, sources tell that Erica has been accompanying her famous husband in his tournaments all over the world ever since she left her PGA job.

Rory and Erica's wedding was as grand as any other A-listers. The couple tied knots on April 21, 2017, at Ashford Castle, in Cong, County Mayo. The couple's guest list included stars like Stevie Wonder, Chris Martin, Nial Horan, Padraig Harrington, and Paul McGinley. As per sources, they reportedly spent more than £50,000 on fireworks alone.

Forbes' joint sixth highest-paid sportsperson of the year 2017, having earned $50 million on that year alone, Rory's income came as a shock to many, and so did his splendid wedding that reportedly cost the golfer more than €1 million. Rory and Erica, married for four years now, welcomed their first-born daughter named Poppy Kennedy McIlroy on August 31, 2020.

Before Erica, Rory was engaged to the tennis star Caroline Wozniacki from 2011 to 2014. The duo's failed relationship was a dramatic event as Rory called off the engagement and dumped Caroline over a phone call after the wedding invitations were already sent out, obviously pulling headliners for days.

Before Rory settled for Erica, he had quite the repute for being a ladies man. The 32 years old was reportedly dating Holly Sweeney before he met Caroline.  Although an ambiguous report, it was suspected that Rory had a fling with now the Duchess of Sussex Meghan Markle.

The Irish golfer, on choosing to marry an unknown name, said, "I don't feel Erica wants to change me in any way. I can be myself around her; there's no bulls***, no acting, no show."