Salma Hayek Reveals Her Bikini Pictures Are All Throwback 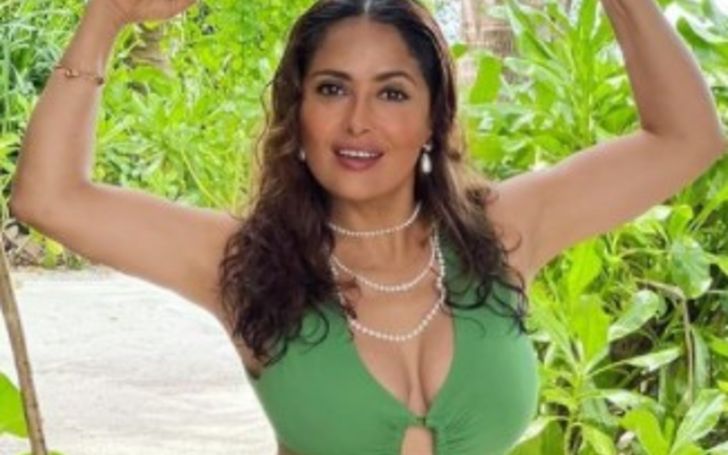 Salma Hayek revealed all of her recent bikini pictures are all throwbacks.

Salma Hayek is a Mexican and American film actress and producer who began her career in Mexico starring in the telenovela Teresa.

With her years of hardship and several successful cinematic projects, the veteran succeeded in garnering a massive fan following all over the world.

Because Hayek got a strong impact on the crowd, she’s also quite famous on social pages. She reached over 17 million followers on Instagram. She frequently posts several gorgeous pictures of her on Insta, which her fans love to see.

The 54-year-old Mexican-American star recently shared a throwback photo from a 1999 H&M swimsuit campaign on Instagram where she laid on her side modeling a sleek chocolate brown bikini. As soon as that image of her hit the internet, her fans went crazy seeing her attractive figure.

However, Hayek revealed in the caption that the photo of her was more than twenty years older. Indeed, she uploaded, over two decades ago image.

Hayek wrote in the caption, “2020: More than 20 years after my last post. Ready for the weekend! Have a great.”

According to People, the actress recreated one of her ‘90s swimsuits shoots right from her own backyard.