Is See Star Yadira Guevara-Prip Dating Someone? Grab Details of Her Relationship Status! 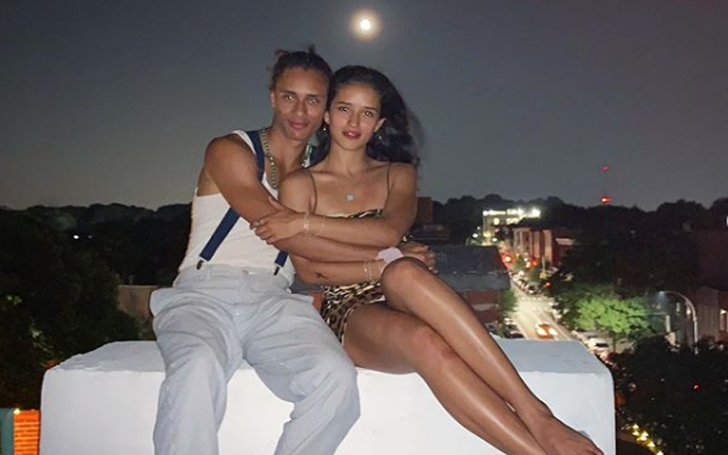 Yadira Helena Guevara-Prip was born on 22 May 1995, and she recently celebrated her 24th birthday after becoming a bonafide TV star. Appearing in a couple of episodes of 'Supernatural' as the character of both 'Dark Kaia' and 'Kaia Nieves,' Yadira made her first real move into the world of acting.

The actress appeared in a few short movies and episodes but nowhere close to the attention garnering role of Kaia. This led to the actress being cast in the role of ‘Me Hani Ika Hali Ka Po’ in the final two episodes of the second season of the hit CBS All Access show 'Star Trek: Discovery.' Now, none of these are great starring roles, but as most actors will tell say, smaller roles lead to larger ones.

It was what happened to Yadira; she was hired to play the role of 'Bow Lion/ The Shadow' in the highly anticipated, one of the most expensive TV shows in the history, coming to Apple TV Plus called 'SEE.'

While working, a person needs a stable base to anchor themselves to become who they can be and further their career. Yadira was able to be herself and work in TV because of the support system which was behind her in the form of her boyfriend. The relationship between her and her boyfriend was something which allowed her to be the successful actress she is today.

Yadir met the love of her life, Evan Morris Reiser, in the month of December in 2011 when she was only 16 years old. The two met while they were still in their teenage and fell hard for one another, which resulted in the almost eight-year-long relationship. Though the two were never really close all the time, with each passing moment, the love for their partners only grew over time.

To show her love to her heartbeat, Yadir wrote, “This is a public appreciation post for the man I’ve chosen as my partner. Thank you for making my life better, for helping me grow, for holding me down when the tide pulls me in every direction. I love you Evan. U my bess fran.”

The couple stood the test of time and came out on top, holding each other’s hand and stronger than the first time they met. Teenage love is something which really doesn’t hold a long validity date, but this was not true for the two head over heels lovers.

Maybe both coming from acting background and understanding what it takes to make it in the industry was the reason why they appreciate each other so much. Evan is also a theater actor, and a creator who plays music and Yadir is always there supporting him and sitting in the front row during his concerts. This is what love is all about, making time for each other and no matter how hectic your schedule is, always being there for the person you love.

Yadir and Evan are the perfect examples of a supportive and understanding couple, two people in a relationship who know how to be happy and share their happiness. At this point, their relationship seems unbreakable and all of this only going to lead in one place, the alter. Maybe the marriage won’t happen right away, but this the logical next step for the now-adult couple who spent almost eight years together. We here, well, we are hoping the day will come when we get to report the two love bird Yadir and Evan got married.

The Biggest Break of Her Career: SEE on Apple TV+

Though struggling to get bit parts in small shows and movies, Yadir was finally able to get herself in Supernatural, and after much struggle, she was able to get the role of Bow Lion in the upcoming show 'SEE.'

'SEE' is a highly anticipated show from Apple TV+ and it is also the companies new streaming service’s flagship program with Apple pouring in $15 million per episode to get the series made. The TV show is based on a dystopian future where all the humans lose the sense of sight, and the surviving people need to rely on their other senses to survive. Sight is looked up as evil, and the people inhabiting this earth believe God is punishing them by not giving them sight. But the whole dynamic of their survival is changed when two children are born for the first time with the sense of sight.

The cast includes an all-out A-list extravaganza with Alfre Woodard and Jason Momoa leading the cast and Yadir was also cast in the show for all ten episodes in the first season. This is, without a doubt, the biggest role of her career and what could lead to a star-making appearance. She is playing one of the tribespeoples of Jason Mamoa’s character, and just by going by the trailer, she will be in the thick of the action.

Watch: The first trailer for SEE coming this fall on Apple TV+

'SEE' is currently holding a release date of 1 November 2019, the same day Apple TV+ is scheduled to come alive. We are waiting for this one to take our breath away in the month of November, which is jam-packed with great shows and movies. His Dark Materials with a great cast is also coming in November along with the highly anticipated release of Disney Plus in the middle of the month.

To know more about 'SEE' and other new shows’ cast members head on over to Entertainment. If you want to know about the series, 'SEE' then Movies & TV Shows is the place for you and as always make sure to check out Glamour Fame to see what our writers are up to today.