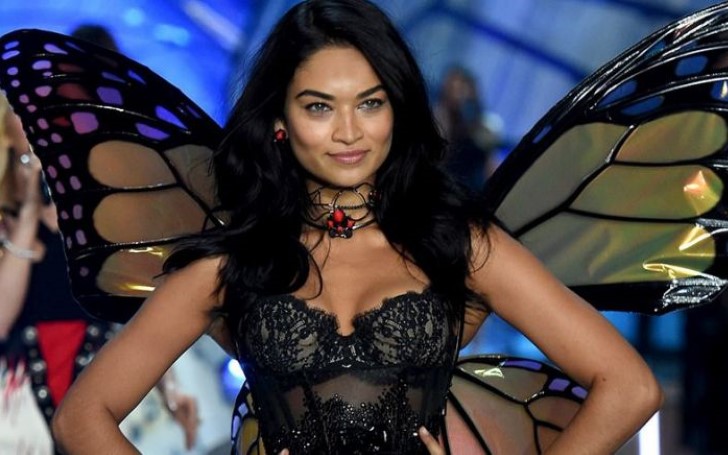 Shanina Shaik flaunted her incredible figure in a tiny black bikini at the beach on Tuesday as she hints at another sun-kissed holiday.

Shanina Shaik recently walked the runway for Victoria's Secret for the fifth time in her career.

After a dazzling performance during the catwalk in New York City, it appears as though this gorgeous beauty is set for another glamorous modeling job.

The 27-year-old shared a steamy photo of herself at the beach on Instagram on Tuesday. She claimed she was going 'somewhere sunny'.

Off to somewhere sunny ☀️ 🦋

There was the picturesque backdrop of rolling waves and a bright blue sky in the background as Shaik posed kneeling on the shoreline.

She opted for a glamorous makeup palette while her brunette hair was styled in beachy waves down her chest.

Shanina captioned it 'Off to somewhere sunny'. Moreover, she put an angel wing emoji, perhaps hinting that she was on duty for Victoria's Secret.

Earlier on 8th November, Shanina shone at the annual fashion show of the lingerie company in New York City.

As a matter of fact, it's been one of the busiest years in the calendar for Shanina as she married her partner DJ Ruckus (real name Gregory Andrews) in the Bahamas in late April. Earlier, the couple got engaged on Boxing Day in 2015.