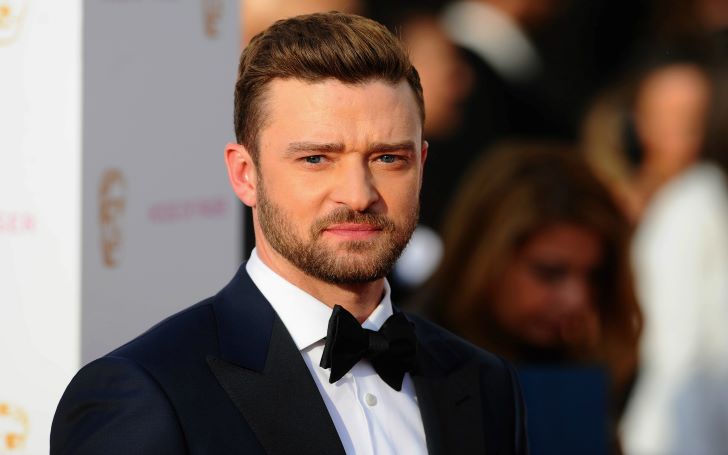 Justin Timberlake had an embarrassing encounter at the red carpet as he was tackled by the serial pest Vitalii Sediuk. Justin was attending the Louis Vuitton Paris Fashion Week show on Tuesday holding hands with his wife, Jessica Biel when prankster attacked him.

The 'Can't Stop the Feeling' crooner was heading inside the show when Vitalii suddenly leaped out from below and held on to Timberlake’s right ankle. The unexpected prank caused the singer's wife to panic.

While Justin was trying to shove off the prankster, security guard came forward and freed the singer. The lovebirds then regained their calmness and continued their walk with the smiles on their faces.

Moreover, the source even confirmed that Timberlake was unharmed from the Paris Fashion Week prank. The source said,

He was not attacked. This is just getting blown way out of proportion, Justin’s fine, the guy just touched his leg.

The Ukrainian TV joker is well known for his hilarious pranks. He previously pranked celebrities like Brad Pitt, Will Smith, Kim Kardashian and many more. What's more, he once picked her off the ground while she was walking towards the car. The model then used her elbows and fists to try and fight him off.

Once Sediuk even got slapped by Will Smith when he tried to kiss the actor on lips. at a premiere in 2012. Later, the prankster apologized for his indecent actions.

Check Out: Will Smith Slaps Reporter

Furthermore, the supermodel Hadid then went over and confronted the woman in a cool way. The other models came over to support Gigi as well when security couldn't arrive in time.