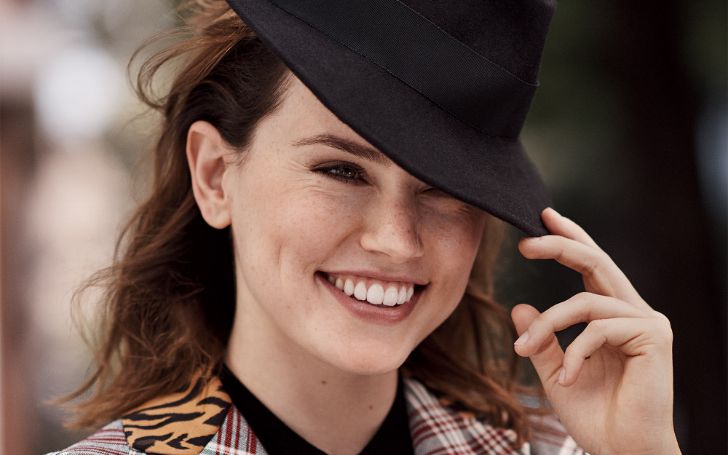 Ridley was put on the spot about her singing and rapping abilities by the host as the actress made an appearance on Tonight With Jimmy Fallon. The 27-year-old told Fallon, ‘I do say I have a strong memory for songs,’ Daisy maintained, ‘I wouldn’t say I am a rapper, but I like to rap.’ Jimmy then went on to joke, ‘Noone’s saying you’re a rapperrrrr,’ teasingly trolling the star about the way she pronounced the word while also asking on The Roots’ Tariq Trotter for backup.

Afterwards, Daisy took it upon herself to ask if they wanted a demonstration to cheers from the audience. Soon after, Daisy was providing the audience members with the rhymes from Lil Kim’s rap verse from the 2008 Moulin Rouge inspired hit. As she got into the groove of the song, wagging her finger to the beat as the crowd cheered her on.

A while later, Jimmy came through his his own set of skills in the form of backing vocals on the track before Daisy dropped in, hitting every word flawlessly.

While indulged in her talk to Jimmy, Daisy also pulled the drapes on a number of Star Wars trivia including the confirmation that she will not be returning in any of the Star Wars movies from now on.

As a matter of fact, the latest film, The Rise Of Skywalker, with the lead cast shown getting emotional on set as they said their goodbyes with the wrapping of filming in February.