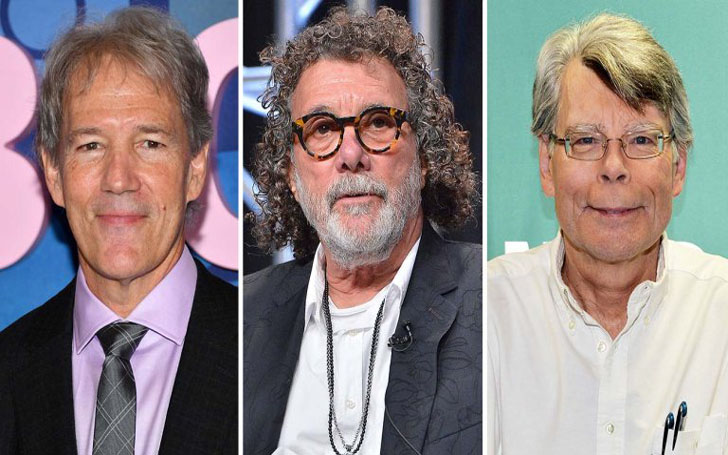 The new book by Stephen King was only a couple of hours old when Spyglass swooped in and optioned the books rights!

Stephen King is a machine when it comes to coming up with new stories and worlds and writing long novels about it. There are so many books which spilled out from the minds King, and there seems to be no writer's block for the horror novelist, even after over 50 years of storytelling and terrifying audiences world over.

This year was also no slouch considering the writer finished a book called ‘The Institute’ which was released today and the horror thriller, science fiction book is already optioned to be made into a TV series. Over the years there’s been many adaptations of various Stephen King’s work with varying degree of success, not every movie is as successful as the IT franchise and not every work is as abysmal as ‘The Dark Tower.’

Stephen King is probably the only writers whose multiple books are optioned and made into movies or TV series. Now it seems ‘The Institute’ will be making a possible appearance on your television screen pretty soon. The team behind the critically approved series 'Mr. Mercedes', which was also a Stephen King adaptation, are joining forces one more time to bring to life a book which most readers probably didn’t even know was coming, let alone reading it to want it adapted into a series.

David E. Kelley and Jack Bender are coming together again to adapt the latest book by Stephen King, and Spyglass Media Group holds the first-look rights to all the work of Jack. The company signed a first-look deal which covers over multiple years with the director and he is coming back to executive produce the possible show, and David is coming to most probably run the show and adapt it for the screen.

The new novel from Stephen King follows two characters; one is 'Tim Jamieson' who travels to South Carolina to take on the role of sheriff in the small fictional town of DuPray when he gets involved in a case which will turn into the biggest on in his career. And the other character is 'Luke Ellis' who is abducted from him home while he is sleeping and the people kill his parents to take him to ‘The Institute.’ Though the place is made to seem like a homely environment, Luke is smart, and he’s got powers which make him aware of the fact they are not guest in the facility, they are lab rats, and all the people in the place are looking to harness his power along with other children in the facility.

Now the thing is about survival and escaping ‘The Institute’ which is easier said than done. The story of the novel seems intriguing, though not treading new ground perse we’ve come to realize King can turn any past worn-out tropes and make them work in his books.

We are excited to read the book and now a little intrigued to see where the writers take the book and King’s story. Not only us but the new head of TV division at Spyglass, Lauren Whitney, is also equally excited to be working on a Stephen King adaptation.

Whitney said, “Having the opportunity to work on a new and brilliant book by Stephen King is an absolute privilege. We are thrilled to collaborate with this dream team, including the incomparable David E. Kelley, and Jack Bender, the architect behind this project, whose extensive directing and executive producing credits, speak for themselves. After such a competitive pursuit, we have big plans for The Institute here at Spyglass.”

Jack Bender was also in a happy mood, and he said he is thrilled to be working with the people at Spyglass, and he is ready to get the work started on another brilliant Stephen King book. He was also all praises for his partner in the previous show, David Kelley, and bender said he is more than happy to go back and work with a brilliant team which surrounds him.

Kelley, on the other hand, was all work and no play; he was ready to jump into the book and get to work on the new adaptation. Considering the brilliant job they did on Mr. Mercedes, there is little to no doubt in our mind this will be picked up for a full series order, and we cannot wait to see the finished product.

Also Read: Adult Losers Were An "Unusual Choice," Producer Of It: Chapter 2 Explains

Finally, the writer of the book Stephen King, said, “I’m delighted to be working with Jack and David, the creative team behind Mr. Mercedes. We think alike, and I believe The Institute is going to be a great success.”

If you want to get a head start on the series, then you can by buying the new book by the horror maestro. ‘The Institute’ is now available to purchase, and some of the critics are raving about the finished product with most other critics agreeing the book is a worthy addition to the vast array of work coming from the brain of Stephen King.