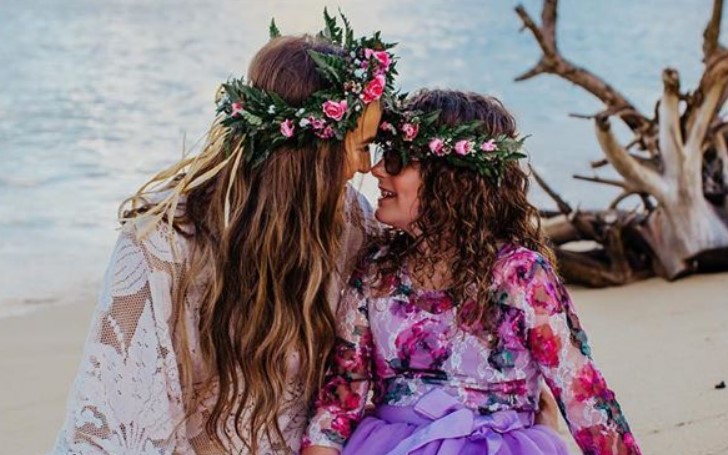 Teen Mom 2 star, Leah Messer's daughter had a shocking revelation during their trip to Hawaii.

Teen Mom 2 fans are not new to news Leah Messer getting closer to her ex, Jeremy Calvert. Tabloids are filled with news the two considering to get back together.

Just recently, the Glamourfame team covered a story when taking an outtake from the Teen Mom two episodes of last Tuesday, where Leah was seen talking with sister, Victoria Messer, about her ongoing rekindling with Jeremy.

Victoria, on the same episode, even claimed the exes are hooking up, to which Leah denied, but she admitted she spent a night or two with her ex-husband.

The former couple went as far as going on a trip to Hawaii together, and even Calvert was excited to be with the family again and all pumped up for the trip as he has never been to Hawaii to date.

Despite their excellent plan to spend time together and with kids, Jeremy could not make it to the trip because of some important stuff. However, his presence was not felt empty at all.

While Jeremy could not make it to the trip with the family, Leah and her daughters did. And after seeing the pictures Leah shared on her Instagram, we are pretty much assured the fam had the most fabulous time there.

But there is something which could have been a little upsetting for the Teen Mom star. According to one of the media outlets, Leah's daughter Gracie had a candid talk about her mother getting close to her ex.

While talking with her mom, Gracie said she doesn't like Jeremy at all. She further added she doesn't get it why her mother wants to get back to him.

Leah was left appalled with Gracie talks, but she tried to console her, saying nothing is going between them. Well, how exactly Gracie took her word is a total mystery, but she seemed convinced, but fans, on the other hand, know what's going on.

Well, it's a clear warning bell for the Teen Mom star, but it seems she is ignoring all warning signs. Nevertheless, all we hope is good for her and her daughters.

To know more about your favorite celebrities' lifestyle, and TV and Movie news, stay tuned to Glamourfame.com, and don't forget to sign up for the newsletter.