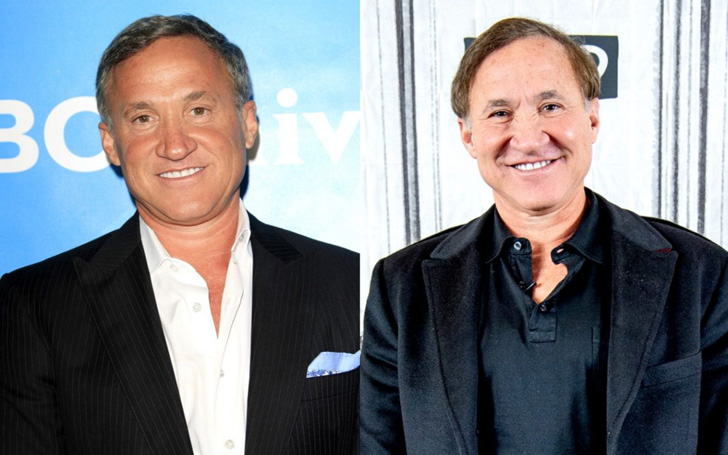 Terry Dubrow is a doctor, a plastic surgeon to be more specific who also appears on multiple Bravo TV reality a show. The doctor rose to fame when he appeared on Real Housewives of Orange County with his wife, Heather Dubrow. But Terry is also made some appearances in other TV shows, all of them of reality format.

Terry Dubrow was born on 14 September 1958 in Los Angeles, California, where he finished his medical school education. Terry studied at Yale University and later joined the University of California, Los Angeles School of Medicine, and graduated in 1986. The doctor started his practice soon after and only became famous after the turn of the century with the RHOC.

Watch: Terry Dubrow says he will let his daughter get plastic surgery

Dr. Terry Dubrow admitted to getting some work done on his face and said he frequents the doctor to get cosmetic surgery on his face. He is not a young man anymore, and he gets cosmetic injections to look younger.

The doctor’s puffy face after a visit to a plastic surgeon was all the rage in January of 2019; Terry appeared at a speaking event with a puffy face, and fans were letting him know about how he did everything excessively.

Terry Dubrow stepped out on 21 January 2019, where he was promoting a book with his wife, and after the pictures of the event made their way to the internet, the book was not the thing everyone was talking about. The face of Dr. Terry Dubrow was the hot take on all the social media platforms as the doctor came to New York even with a puffy face.

Also Read: Did Bhad Bhabie Get a Boob Job? The Real Truth Here!

Fans were quick to tell the doctor he should be in the show Botched, there were a lot of fillers in his face, and the puffy look was a drastic change from how he looked before. Terry later talked about how he overdid the fillers a little; he said, “I had a lot of filler put in, and it became my narrative in the media for about three weeks.”

Terry Dubrow Botox – Terry said He could not Move His Face

In the same interview where he said the fillers were a little overdone, the doctor was quick to point out he also got some Botox on the side of his eyes and his forehead. He joked about the Botox, not allowing his face to move and made some face for the camera.

Botox takes about 7 to 14 days to set and work, and there were not many wrinkles hiding for the TV personality because he said it only had been about a week when he got Botox. So, yes, Terry Dubrow gets plastic surgery work done, and he is not shy about telling people the work he got done on his body.

Also Read: Barry Bonds Before and After Steroids - Full Story of His Transformation