home Entertainment The Mother of Late Singer Selena, Marcella Samora - What is She Up To?

The Mother of Late Singer Selena, Marcella Samora - What is She Up To? 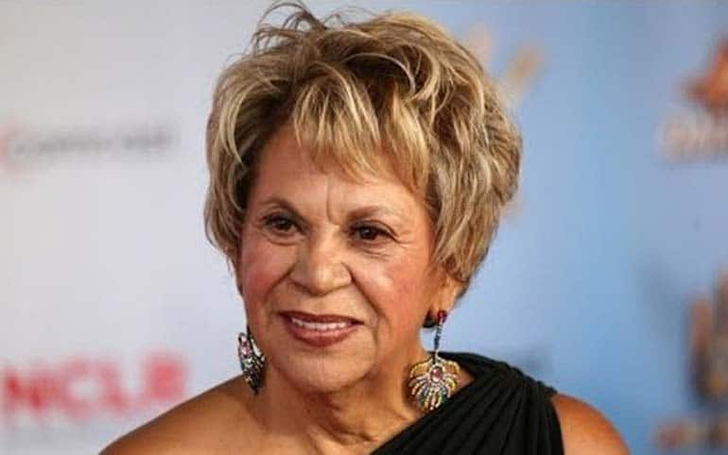 Marcella Samora is the mother of the late singer Selena Quintanilla-Perez who was known as Selena and also the Queen of Tejano music. The singer was tragically shot and killed at the age of 23, and her family needed to deal with the tragedy of losing a daughter and sister.

Marcella was born in 1944 to her father and mother, who were from Texas and Colorado, respectively. She lived with her parents in Texas, and in 1961 she met Abraham Quintanilla Jr. while he was still in the army.

The duo fell in love, and after two years of dating and going out together, the couple tied the knot on 8 June 1963, and they’ve been together ever since. For the past 56 years, the duo is together, and they brought three children to this world, one son and two children. But tragedy struck the family when the youngest daughter was shot and killed.

Marcella Samora And Family Dealing with the Early Death of Selena

Selena started her career from an early age, and she was not allowed to perform in places because of her embracing of Tejano music, which was predominantly performed by male singers. But then the singer started to gain traction with her band 'Selena y Los Dinos.'

Marcella Samora is the mother of the Latin singer Latino Selena.

Selena’s career took off, and she became one of the most celebrated singers in Texas. Her albums were making a lot of noise and were achieving some crossover success. The singer was getting Grammy recognition, and she also eloped with Chris Perez, and the duo got married.

Selena and Chris Perez eloped, then got married on their own.
Source: Latin Times

The singer was enjoying an unprecedented level of success, and her other business ventures were also taking off when the singer was shot and killed. Her killer was her friend and the manager of her boutique shop, Yolanda Saldivar, and she was also appointed as Selena’s agent in 1995.

Marcella Samora with her late daughter Selena in the 1990s.

There were many concerns about Selena’s clothing store, which was suffering from the erratic behavior of Saldivar. Selena did not want to fire her friend, which is why she stayed in the company, but then the fan club debacle happened where the family found out Yolanda embezzled thousands of dollars from the faux-fan club.

Selena confronted her in a hotel room where the former manager took out a gun, and while Selena was trying to flee, shot her on the shoulder. The bullet severed an artery, and she was bled out after reaching the lobby and telling the people there Yolanda was the one who shot her.

Saldivar tried to escape, and after nine hours of the standoff, she gave herself up to the local police and the FBI. Selena bled out and died before she arrived at the hospital.

The singer was buried in Corpus Christi, Texas, where over 30,000 fans arrived to see the casket of Selena pass and reach its final resting place. Almost 80,000 signed on the book of condolence, and there was a tribute to the celebrated singer from all over the music world.

Marcella Samora and Her Fight to Keep Her Daughter’s Legacy

Marcella Samora takes care of the estate of Selena, and she also runs a foundation, 'The Selena Foundation,' which helps motivate young children to be the best they can be and to go and stay in school. The singer was a major influence in the Hispanic community, and her mother is working towards securing her daughter’s legacy for the future generations.

Marcella Quintanilla in a ceremony where her late daughter Selena received a star on the Hollywood Walk of Fame.

Marcella was among the recipients who went to California to get her daughter’s Hollywood Walk of Fame honor. The loss of a child is a hard thing, but she persisted and made sure her daughter is not remembered for the fateful day where she was killed; instead, her hope is to get the people to look at the beautiful life Selena lived the first 23 years of her life.

Before you leave, make sure to click on our Entertainment section to get all the information you need on your favorite celebrities. Also, do not forget to visit Glamour Fame to be in the know of all the happenings in the world of show business.