'The Muff' Singer and Lead Guitarist Kim Shattuck Dies at 56 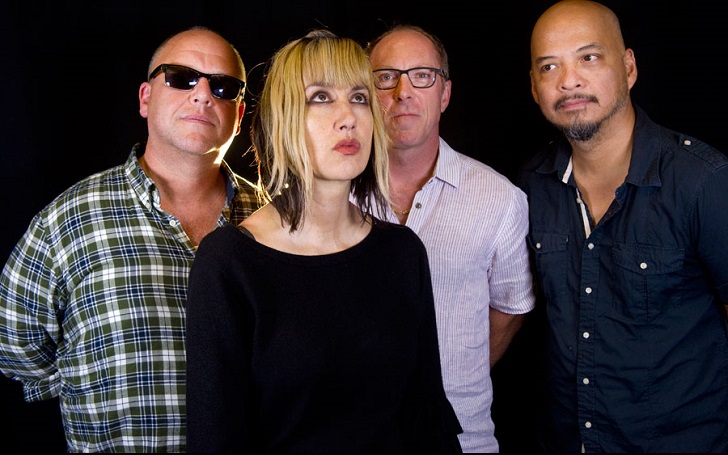 Kim Shattuck, the lead singer/songwriter and guitarist of the punk rock band The Muffs has died aged 56.

Kim Shattuck was battling with ALS (Amyotrophic Lateral Sclerosis) for a couple of years. She finally gave up the fight on Wednesday, October 2, morning, her husband confirmed.

At 56 years old, she passed away peacefully in her sleep as Kevin Sutherland shared an extremely heartwarming message on Instagram. Meanwhile, her former bandmate — in The Pandoras, The Muffs & The Coolies — and good friend, Melanie Vammen also re-shared the post from Sutherland expressing her grief.

"This morning the love of my life Kim passed peacefully in her sleep after a two year struggle with ALS. I am the man I am today because of her," Sutherland captioned his photo. "She will live with all of us through her music, our shared memories and in her fierce creative spirit. I love you always my Kimmy. Thank you for sharing your life with me."

"My heart is forever broken," professed Vammen. The other members of The Muffs, bassist Ronnie Barnett & drummer Roy McDonald, also shared their grief with the fans on Facebook.

The fans, too, got on their keypads and messaged their sadness to the news on all the dedication posts made for the singer.

Shattuck was a prominent figure in the alt-rock scene in the late '80s & the '90s having started out as a bassist & backing vocalist in 1985 with the all-female rock band, The Pandoras. After the friends in the band mutually terminated the band in 1990, she co-founded the SoCal punk band, The Muffs. She was the lead singer/songwriter & guitarist, while Vammen played bass, guitar & keyboards.

Occasionally, members of their band joined and left the group, but it was in 1995 that they reached their peak. It was all thanks to their second studio album, 'Blonder and Blonder', and their refashioned cover for Kim Wilde's 1981 hit, 'Kids in America' for the movie 'Clueless' that year.

'Blunder and Blunder' was a hit for The Muffs in the 1990s.
Source: The Muffs, Reprise Records

They released several songs in the upcoming years but went on hiatus before the turn of the millennium. They returned only in 2004 with their song, 'Really Really Happy'. In between the band's hiatus, Shattuck formed a side project with The Beards, that included Lisa Marr and Sherri Sollinger, and released 'Funtown' in 2002.

Shattuck also lent her voice to other punk groups as a guest singer, performing for NOFZ in their 'Punk in Drublic' cut, 'Lori Meyers'; The Dollyrots on their 'Some Girls' track & Bowling for Soup's 2009 song, 'I'll Always Remember You (That Way)'.

In 2013, Shattuck replaced Kim Deal as the bassist of The Pixies for their European tour but departed from the group later that year. Speaking to NME, she speculated that she was let go because of a stage dive she took at the Mayan Theater in Los Angeles. They were strict about that kind of stuff.

Shattuck worked with several other bands before rejoining The Muffs and The Pandoras.
Source: Cat Rose

The Muffs reunited back in 2014 to release their first album in 10 years, 'Whoop Dee Doo'. In 2015, she reunited with The Pandoras and was touring & recording with both bands before her illness struck her. The band is supposed to release their second album after the reunion, 'No Holiday' (an 18-track release), on October 18 on Omnivore Recordings. The release will now be in the memory of their beloved bandmate.

'No Holiday' is set to be released on October 18. Despite Shattuck's death, it could still be released in her memory.
Source: Ailiñ G. Caraballo, LA Weekly

While she did not disclose her own diagnosis at the time, she was working with 'The Coolies' for their benefit EP for ALS research this past July, supported by Steve Van Zandt & Wicked Cool Records. They released their 6-song EP 'Uh Oh! It's… The Coolies' that same month. The proceeds from the benefit would go to the ALS Association Golden West Chapter.

In recent interviews, she discussed the reason for the big donation to research ALS. "It runs in my dad’s side of the family, and it is so sad to watch it hit a great deal of my family members," she told Prelude Press.

As the punk-rock figure passes on, the fans, friends & family will forever mourn her for the rest of her life.