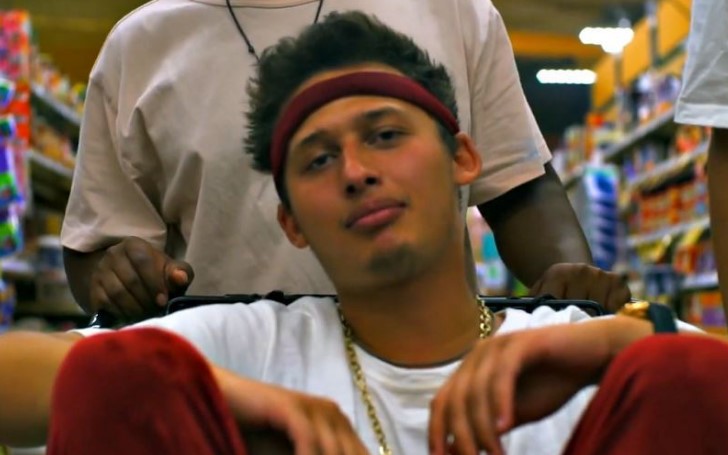 Truett McKeehan (Truett Foster McKeehan) was the oldest son of the rapper, TobyMac. Truett was a rapper; sadly, the talent died at the young age of 21.

TobyMac's representative confirmed the death of McKeehan on Wednesday, October 23, but no further details of his death were let out on the media.

All that is known so far is, he passed away at home in Nashville, paramedics were called to the home when one of Truett's friends found him unresponsive.

Many of you might have missed details of his life, so we gathered some information to let you know how amazing of a person he was.

5. McKeehan was an Amazing Rapper

Going by the name Truett Foster, the young talent, who was born on September 4, 1998, had a YouTube Channel where he used to post his songs.

The account was opened on July 13, 2012, and has amassed 345K views so far. While the subscribers are fairly limited, it doesn't mean he lacked talent.

His fans and friends loved his songs. He was an aspiring talent; sadly, we could not see him do great things in life.

4. Truett was Huge in SoundCloud

McKeehan was a member of the group 'HySociety,' which was basically a platform for new talents who are based around Nashville, where Truett was from.

HySociety has a SoundCloud account with the same name where Truett released his one of the songs.

The rapper uploaded a song 'Eyes' on the account, which was a massive hit. Moreover, he had a profile on Genius.com, where he described himself as part of the group and independent rapper.

The rapper, who was known for unique names like Truett Foster, TRU, Shiloh, and TruDog, was already making his way to the top. His talents were indeed unquestionable, but his father, TobyMac, also plays a big role in his skills.

TobyMac, inspiring his son always to step further, took chances, and involved Truett in many of his projects.

Truett has collaborated with his father several times, which was enough to boost his confidence. After a few collabs with his dad, Truett left his home to pursue music and moved to Los Angeles.

2 Everyone knew Truett was a Real Talent

Fans were devastated to lose such a big talent, Truett was one true talent what all the fans thought. The star's last Instagram post was filled with condolences and prayers from the fans.

The last post on his Instagram sees him playing his last gig, the rapper captioned the video, "last night it all kinda came together... thank you to everyone who has supported me through the thick and thin."

But above all, his dad, TobyMac, was his biggest fan. He always supported his son, even after Truett's death, Toby posted a picture of McKeehan on his Instagram on rapper's birthday.

Taking to his Instagram, Toby concluded his rather long post saying, "He is the God of the hills and the valleys. And He is beautiful above all things."

While many fans were left wondering what happened to Truett, the cause of death of the rapper was known. According to the Nashville Emergency Communications Center, the Nashville Fire Dept responded to the Truett's home at 10:50 a.m. for a report of a person in cardiac arrest. The dept. then confirmed the person was dead on arrival.

Police said McKeehan's cause and manner of death remain under investigation. An autopsy and toxicology tests will be conducted at the medical examiner's office in Nashville to determine the circumstances surrounding his death.