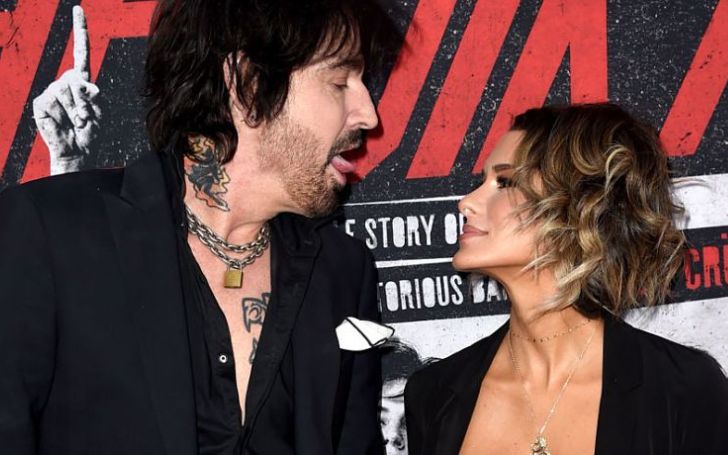 We all know Tommy Lee likes playing close to the edge and just recently he once again raised many eyebrows! The Motley Crue' drummer shared a risque picture of his fourth wife, Britanny on the Instagram and fans can't help but ogle at the picture.

In the picture, Britanny is donning an intimate purple two-piece during their retreat at the private Casa Tau estate in Nayarit, Mexico.

But as opposed to the picture, his caption was something that took all the attention. In the caption, he praised his wife' 100% natural body, though, he also maintains that his wife' gonna kill him for sharing her private picture.

Jokes aside, Britanny does look ridiculously hot in the picture and we're not the only one saying that as the comment section is full of people praising her hot bod!

One wrote, “She looks f–king fantastic and should be proud of that bod,” while another added, “Hot stuff!”

The duo is currently enjoying their time together in Mexico and Britanny shared the whole bunch of photos from their romantic getaway.

Furlan and Britanny are married since February ever since they were spotted in June 2017. Soon after their marriage, Britanny tweeted a funny Tweet stating "I can’t believe I went from the most depressed, lonely girl, thinking I would die alone with my dogs, to getting married in 4 days."