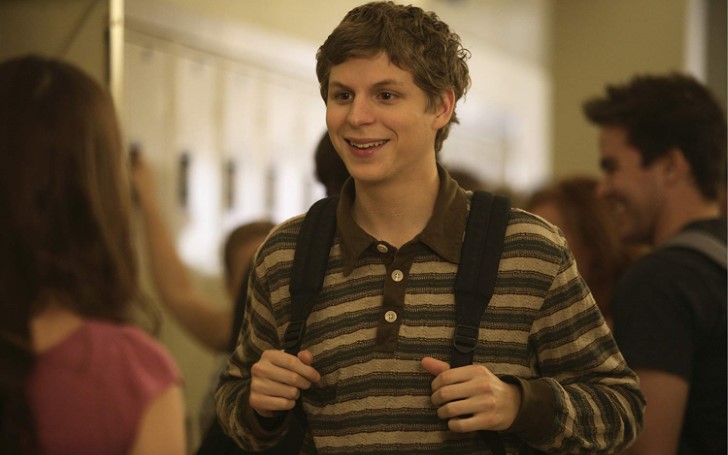 With his boyish looks and a geeky charm, Michael Cera has been a staple in comedy movies and TV shows.

Born on June 7, 1988, Michael Cera has been in movies since 1999 - he was 11 years old when he got his first acting role. Since that day he has not stopped making fun of himself on screen. A performance by Michael Cera is one of the funniest things you will ever see on a big or small screen.

With over 20 years in the movie and TV industry, we want to take a look at the Top 10 Michael Cera Movies And TV Shows!

Michael Cera's character in 'Youth in Revolt' just wants to lose his virginity. Starring Michael Cera and Portia Doubleday this movie still holds up to this day and with Zach Galifianakis in supporting role, Michael had an amazing actor to play off. This is still one of our favorite Michael Cera movies.

Anchored by Michael Cera and Gabby Hoffman and directed by Sebastian Silva this road trip to get high is a comedic gem which hasn't been seen a lot. The movie was one of the best coming out of Sundance but still, it wasn't able to make a splash in the box office. Drama mixed with comedy, when works, is a visual treat and this movie is exactly that.

The movie's premise itself is funny and you pair Michael Cera with Seth Rogen for the majority of the movie and they will make you roll on the floor laughing. A movie where food comes alive and they realize their fate is going to make you laugh and the ensemble voice cast is nothing short of genius. Check this out and just have fun listening to Michael's voice interacting with Seth Rogen.

This isn't exactly a comedic performance by Michael Cera, he starts out as a funny man but that is not how the movie goes got the character. Michael Cera is closely associated with comedic performances but this one was a one of a kind bad guy role that really shines through in his filmography. Though he plays a small role in this movie, his small role is very consequential to the events that unfold later for Jessica Chastain's character.

In another non-comedic turn by Michael Cera, Paper Heart was a romance movie starring Charlyne Yi and Michael Cera. They both try to document the search of Charlyne for love. A road trip movie turning into a romance movie between the two leads in both heartwarming and evidently fresh. Also, the amazing thing is, they both play fictional versions of themselves in the movie.

In another not so comedic performance by Michael, he stars opposite Kat Dennings and the movie starts out as 'Norah' asks 'Nick' to play her boyfriend in a party for five minutes. Next, they go on search of their favorite bands' secret show and search for her drunk best friend. This movie is just a feel-good romance movie but still, the heart and the chemistry between the cast is what carries this movie.

Michael Cera is funny, but a fictional version of coked out Michael Cera is laugh-out-loud funny. From slapping Rihanna's butt to blowing coke in Christopher Mintz-Plasse's face to getting blown in the bathroom to his weird death. This movie has the best hyper Michael Cera performance in his career.

The hit TV show of early 2000 is where Michael rose to prominence. He plays the son 'Michael Bluth', Michael Cera is amazing as a decent high performing kid who loves his father very much but also is in love with his cousin. This show is a cult classic and that is why it was recently revived by Netflix. Check this show out for the early version of Michael Cera.

The start of Michael Cera's career in movies is still one of his best on-screen performances. Playing off the genius Jonah Hill, Michael played a version of himself from Arrested Development but still, he was able to make such a lasting impression on people who have watched the movie. Superbad is still one of our favorite movies and Michael Cera had a huge hand in that.

1. Scott Pilgrim Vs The World

A video game style movie where 'Scott Pilgrim' needs to defeat seven evil exes of his new girlfriend to win her heart is like a nerd dream comes true. Directed by Edgar Wright, this is still the best movie of Michael Cera's career, the fusion of game world with the real world and amazing cameos including by Chris Evans, this one will be regarded as one of the very best comedy movies ever.

Michael Cera is still only 31 years old, which means he still has a couple of decades worth of comedic brilliance to show on the screen. Our hope is we get to see more of Michael as an actor in amazing flicks down the road.