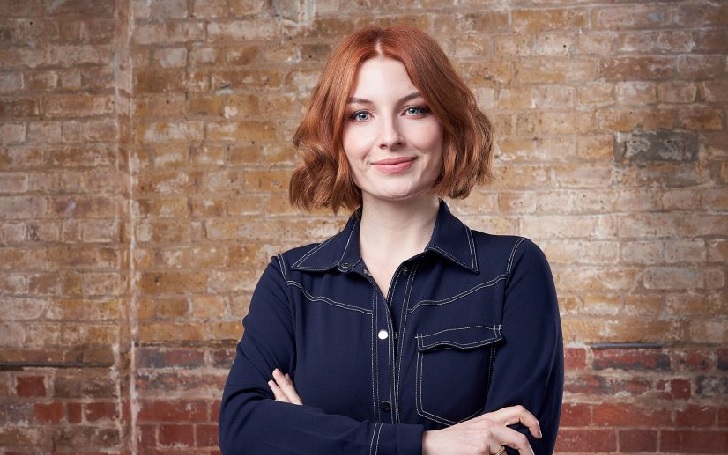 Alice Levine is a beloved TV personality who hosts various shows on BBC1 and Channel 4. She is considered one of the hottest TV presenters in the UK and is an excellent one at that.

5. Career As A Presenter

Alice began her career as a television presenter back in 2008 with a web show called 'B-box' after being voted 'Best On-Screen Female' at the National Student Television Awards. Since then she was a part of more than two dozen TV shows and is now associated with the British Broadcasting Corporation (BBC). Her BBC career began with a Radio show on BBC Radio 1 with Phil Taggart in January 2013 after hosting 'Big Brother's Bit on the Side' for tow years on Channel 5.

The BBC hottie currently hosts 'Radio 1's Big Weekend' show beginning since 2013 along with co-presenting Radio 1's 'Dev & Alice' since last year. She also is a backstage presenter in The BRIT Awards, starting out since 2017.

Besides that, she also has presented in various comedy TV shows such as 'QI', 'Taskmaster', '8 Out Of 10 Cats' and many more. Just look at the variety of her filmography.

Besides being a food columnist for 'Marie Claire', the Nottingham born comedian is also a flower enthusiast. If you look at the decorations she sets up at the food table for her food and lifestyle brand, 'Jackson & Levine' (with Laura Jackson), there will be flowers all over the table.

She tried a hand even at sketching after she received from London Flower Studio.

Explore her Instagram, and you can see the flower emoji quite often.

She told Daily Mail last year, "I love picking wild bits and pieces. When you get a bunch of flowers for an occasion and they feel really bridal and done it's too much, loose wild flowers are always nice."

The red-haired beauty is believed to be dating former chef Edward Ibbotson since 2014. She told Telegraph in 2014 that Ed is her 'other half' who she lives with. She met him when she was searching for a flat six years ago. He used to cook for 'The Convenience' on Chatsworth Road, where he was the main chef. Ed and his friends were looking for a housemate and thus started living together.

Ed is also the vocalist and guitarist of the Indie Rock band 'Life in Film'. Go search on him!