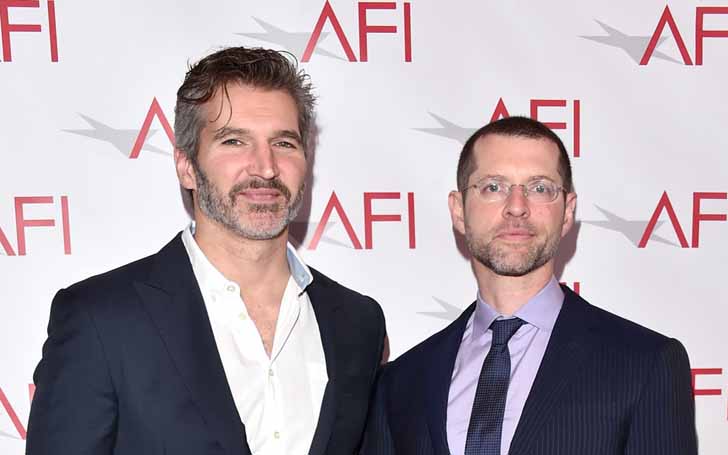 Game of Thrones was the most beloved TV show, ever, not it seems as though that outcry of calling the show the greatest ever has died down significantly, partly because the final season was a mess and partly because most fans don't want to give credit to the creators of the show, David Benioff and D.B. Weiss.

David Benioff and D.B. Weiss, affectionately named D&D, has taken a different meaning now, Dumb and Dumber. That is how much the fans hated the final season. There is no point here going deep into the controversy of the last season of Game of Thrones, as that is something for another article.

So, here is the Top 5 Facts About Game Of Thrones Showrunners David Benioff and D.B. Weiss Aka D&D.

5. Met While Writing A Horror Film

The two creators who went on to create the show Game of Thrones met way before the show went on air in 2011. Almost a decade before the show to be exact. The two writers were working on a horror film together called 'The Headmaster' which never saw the light of day. Their script was unused, which was also the case when they were hired to write Ender's Game. This was their career before they rose to fame with Game of Thrones.

4. Both Are Novel Writers

Both the creators of Game of Thrones are novelists. D.B. Weiss has one published novel, Lucky Wander Boy, whereas David Benioff has three published books to his name, 'The 25th Hour', When the Nines Roll Over (and Other Stories) and City of Thieves. Out of the three, 'The 25th Hour' got an award-winning movie adaptation which David Benioff wrote the script for as well. D.B. Weiss, on the other hand, had another book to his name, but he never wrote more than one draft of the book.

3. Both Have Directing Credits on Game Of Thrones

2. Their Proposed Show After GOT Mired In Controversy

As season 7 of Game of Thrones ended, there was an announcement by HBO that the creators are working on a show called "Confederate" for the channel. A show about an alternate timeline where the American Civil War ended in a stalemate. This announcement met with a lot of controversies, which said the show was just a happy scenario for the racist Americans. The show came under a lot of fire after the Charlottesville rally where racists were marching to install Nazi regime again. The fear for people was, a series like this would bring attention to the alt-right movement, which is going to encourage racist people. As of now, the series is still in production, and the controversy has not put a stop to it.

Star Wars, like Game of Thrones, is one of the most beloved franchises in the history of American Cinema. Most recently the movie series was rejuvenated with a new episode of the movie. With the new episodes scheduled to end this year, Disney has tapped David Benioff and D.B. Weiss to write and produce a new series of films set for release in the 20s.

Jumping from ruining one TV show to now a movie series where the fan base was slashed in half after the last episode is going to be a tough job for the two writers.

Though Game of Thrones has ended, the controversy of how the show ended will always be with the writing duo for the rest of their careers. With a couple of controversial choices of movies and TV series coming, this new decade will either restore the two to their former glory or bury them deep in fandom hell.