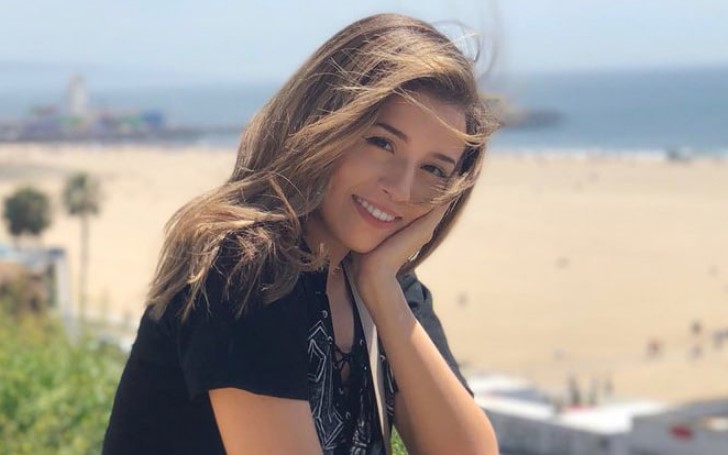 Imane Anys AKA Pokimane Thicc is probably one of the most sought after internet celebrities, known for her Twitch streams. The internet celebrity gained immense popularity when she started to stream her gameplay via popular stream services like Twitch and YouTube.

The 24-year-old is originally from Morocco and is currently based in Canada, and as the name suggests, she is a great fan of Pokemon and loves all kinds of games, which she usually streams for her fans.

The internet sensation, however, is not famous for her gameplays alone, she garnered a huge fan following for, well, her beauty too.

To help you know about your favorite gamer, we gathered some of the facts which we thought you would love to know. So, let's just dive into the facts.

5. Pokimane Thicc Punished Her Fans Who Insulted Her Pet Cat

Imane Anys is not the only star of her streams; sometimes, her cat makes a special guest appearance on her broadcasts as well. The cat, Mimi, is so good that it sometimes steal the show.

But some fans can't stop poking fun at her cat; people made comments about it putting on too many pounds. The cat, which was adopted in June 2018, gained too much weight after a few months and became the target of internet trolls.

Imane called her fans for their comments during a stream in June 2018, when a few fans called the cat - 'Just Fat' to which Thicc gave a hilarious threat in return.

She said, "She is not Fat! Anyone who calls my cat fat gets a seven-year ban. Yeah, that's how long you need to repent for. Seven Years." Indeed, that was the most fitting reply from the streamer.

4. Pokimane Thicc Gave Male Gamers a Run for Their Money

Imane, due to her large following on Twitch and Youtube, became one of the top streamers in the gaming scene. She is going places with her massive success, which led to many gamers feeling a whole lot of insecure.

Also dubbed as 'Youtube's hottest gamer,' Pokimane interacts with millions of stream watchers every day and made some serious cash out of it.

3. Pokimane is a Beauty with Brain

Imane Anys comes from a low-key family, her struggle of moving from Morocco to Canada tells her story how hard it was for her to cooperate with life.

But Imane fought through all the odds and graduated in Chemical engineering at McMaster University in Canada. Moreover, the 24-year-old streamer is fluent in English and French. Not to forget, she is fluent in her native language too.

2. Imane is Pro at League of Legends

The game aficionado, Imane, is a good gamer overall, but League of Legends is her forte. Besides her gameplay, Thicc is an excellent commentator too. She knows how to make the conversation interesting, cracking jokes while playing and unboxing geek subscription services.

Instead of taking a shortcut, which she could have achieved through her flirtatious route, she loves being goofy, and fans love it about the streamer.

1. Imane is Taking a Hiatus From Her Academic Career

As we mentioned earlier, the 24-year-old streamer is taking from her academic career. In fact, she is taking her streaming career more seriously than ever and just invents more ways to engage herself more into it.

Imane's parents were not happy about her decision to take the route, which was entirely against their norms. However, the parents could not be any happier now as she is doing really in her offbeat career.

Imane credits her brother, who supported her every move when she was struggling. Her brother, who is also a gamer, was one of the top-ranked 'League of Legends' players globally. Following into her brother's footsteps, Imane is now one of the most successful gamers and a top-notch streamer.