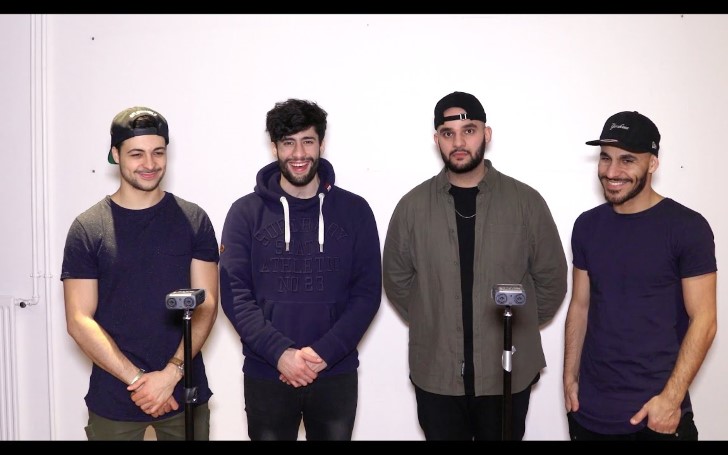 Some fascinating facts about Berywam, the French Acapella Group, and World Beatboxing Champions.

When four different guys known as Berywam made their appearance on the stage of America's Got Talent's season fifteen, they came confidently knowing they were entering the competition.

Clearly, with their unique and catchy beatboxing not only it had the judges; Simon Cowell, Howie Mandel, Gabrielle Union, and Julianne Hough nod their head to the sound but also had every audience at the hall get up from their seat and dance along with their beatboxing music

So, who are these coolest guys that have already collected many fangirls and crushes apart from the information they revealed that they hail from France?

Learn these fast 5 facts about Berywam just for you.

The dream of Berywam to start their beatboxing career all began when group members Beatness, Rythmind, Wawad, and former member MB14 formed the group in 2015. MB14 left the group in 2018 to pursue a solo career and was replaced by the new member, Beasty.

In case you did not notice, Berywam is also named after each of the member's first name; Be(atness), Ry(thmind), Wa(wad), and M(B14).

Berywam started their beatboxing journey the same year they formed their crew and participated as one of the contestants at the French Beatbox Championship in 2015. But, unfortunately, they lost to Team Punk in final.

The guys still didn't give up on their dream to become the beatboxing champion and applied again the following year. With their hard work and passion, the boys became successful to take home the prize of the 2016 French Beatbox Championship which also ultimately made them qualified to enter the 2018 World Beatbox Championship.

As a matter of fact, they also went on to win the World Beatbox Championship in the category of the group.

Following the departure of MB14 from Berywam, the rest of the group members; Beatness, Rythmind, Wawad offered Beasty to join them as a group and complete the void left by MB14. The three were, however, already familiar and known to their new member.

Beasty, an already a professional beatboxer is the winner of the 2010 French Beatbox Championship.

In June 2017, music label Barclay Records signed Berywam with whom the boys released their first EP and also went on to tour across France.

Their first EP consists of covers of four different songs including Shape of You by Ed Sheeran, Hey Brother by Avicii, No Diggity by Blackstreet and Crazy by Gnarls Barkley.

Whilst the Americans and rest of the world might have been introduced to Berywam through AGT, the beatboxing group were already popular and had a hundred thousands of fans all over the world.

Berywam followers number on Instagram (as of 2019) already count to 211k+ whilst their YouTube subscribers count to a whopping number of more than 835k+ (as of 2019).