What Is Pennywise The Dancing Clown? IT Chapter Two Reveals An Alternate Origin Story! 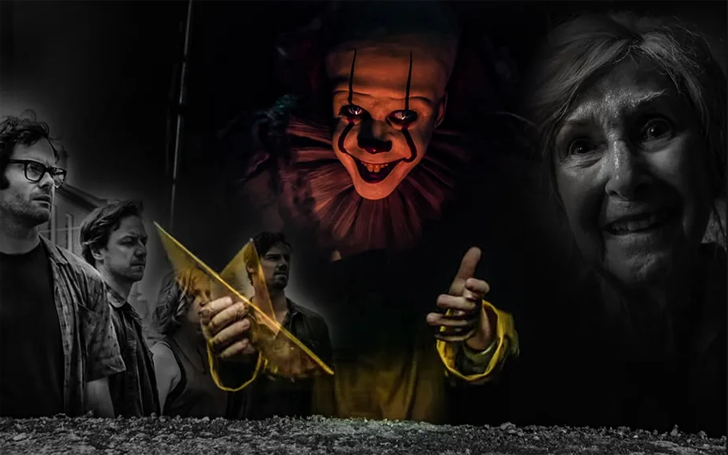 The real as well as alternate origin of Pennywise the Dancing Clown was shown in the movie. Spoilers Ahead!!!

IT: Chapter 2 arrived in theatres world over, and terrified people with its jump scares and the utterly terrifying performance by Bill Skarsgard. The movie was considered okay by the critics who liked the characters but were not cool with the run time for the film. Standing at 2 hours 49 minutes, the movie is long but extremely long by horror movies standards which were a cause of concern for most people who watched the movie.

The real reason the movie was so long, was because the director of the film wanted to give the character of Pennywise, as much build up as he could. The movie sparing uses Pennywise, which only plays into the fear of the clown to appear any moment on screen. But the one thing which we loved about the longer run time for the movie was it allowed us to see the origin of the human eating clown.

Watch: The final trailer for IT: Chapter Two

We’ve seen Pennywise in the form of a clown in most parts of the two movies, but the origin we get in Chapter 2 is of an ancient being which arrived on earth many million years ago. Derry was the landing site of the monster which calls itself “Eater of Worlds,” and the first sighting of the monster was written by Stephen King in 1715, the time when people came to establish the town of Derry, but it is not the case with the film. In IT: Chapter 2, the people involved in the movie tell the story of the Native Americans who were definitely the first settlers in the place and they were also the first people to come in contact with the monster.

In the movie, we see 'Mike' going to visit the Indians who live just outside of Derry, so they can we away from the reaches of the monster, and they take Mike in, showing him how IT first arrived and how to kill it. After 27 years when the monster is finally back because IT always attacks every 27 years, Mike calls back all the Losers’ Club members to kill the monster one last time. The problem is none of them remember anything about what happened in Derry when they were kids, but slowly they realize who they were before they became adults and what happened in the summer of 1989.

To defeat the monster, Mike tells the Losers, they need to remember what happened all those years ago and also get an artifact for the sake of the ritual which will help the Losers banish Pennywise forever. While 'Beverly', played by Jessica Chastain, is on her way to her home this is where we are introduced to Pennywise the Dancing Clown.

Who Is Pennywise The Dancing Clown?

While Beverly is back in her home where she attacked her father all those years ago, she meets an old woman living in the house which was once inhabited by Bev and her father. Bev is told her father died a couple of years ago and the lady also insists Bev come in for a cup of tea and cookies. While Bev is inside her former home, she goes to her room and behind the wall finds her token, a cigarette box she hid in the summer of 1989.

After she finds her key and the cigarette box, Bev moves around the house and watches the numerous photos hanging on the wall of her former home. While looking at one of the pictures after the old woman goes in her kitchen to get the cookies, Bev is first unsure and then she is terrified of what she sees. The woman tells Bev, the man in the picture was her father, who joined the circus after he came to the US with just $14 in his pocket. The cart in the back of the picture reads Pennywise which confirms the man is the without makeup Pennywise and he was a clown in the early 1900s.

When Bev is inside her former home, and she sees Pennywise in the picture, she decides it is time for her to leave. Bev suspects the lady is already dead and the monster in taking the form of the old lady to stop her from getting her artifact. While she is still looking at the picture, the lady tells Bev she was her father’s little girl and the voice changes to ask if Bev is also still her father’s little girl.

The lady then turns into an eight feet tall naked monster who comes after Bev, and she runs away while her surrounding changes. She reaches the door, and while trying to open the door, she turns around, and on the other side of the corridor, she sees a door open where Bill Skarsgard is sitting without any makeup and then slowly starts using the white paint to cover his face.

After he is done painting his face, Pennywise uses his fingernails to scratch his face to form the look of the clown with his own blood-forming the red color of Pennywise’s makeup. This whole thing was shown like an origin story of the clown, which is not true, or maybe it is to a degree.

When Bev finally gets out of the house and runs on to the street, she sees the house out of which she just ran on to the street; the house is shown to be abandoned. The whole house is in ruins, and there was no one living in the entire building. What Bev saw was something Pennywise wanted her to see, the monster was playing on the fears of all the Losers.

'Eddie' was attacked by a leper, 'Ritchie' was threatened with his closeted gay secret, 'Will' was made to feel guilty about the loss of his small brother, 'Ben', on the other hand, was scared of his fatness and Pennywise played on those fears. Finally, Bev was scared of her father, which is why Pennywise appeared in the form of a father figure to Bev. The words he used where the exact same thing Bev’s father used when she was a little girl, and she runs out of the house; it all seems fake.

Is The Alternate Origin Fake?

The whole thing is not exactly fake; Pennywise is known to take over people and make them do bad things. Take, for example, 'Bowers', who is taken over by Pennywise and made to kill his father as well as attempt to kill the Losers before they get their artifacts. In the 1900s, IT probably realized the clown was the perfect way to scare the kids as well as lure them in and took over the body of Pennywise. The scene we see can totally be real, and Pennywise was definitely going crazy in the vision, and it is possible the monster took over the clown.

The alternate origin is fake as well as it is also real because the monster is real and he lived in Derry longer than any other person or organism which is why it is plausible IT took over the body of Pennywise. Since the clown was so successful in luring kids and eating them, Pennywise finally took the form of the clown as his go-to method to kill and move by unnoticed.

The Real Origin Of IT

Like we said before the monster came from the macro verse and the universe was spat out by a giant gold turtle named 'Maturin'. The monster crash-landed on earth and laid dormant for many years, but when human’s started appearing the monster came out of hibernation and started terrorizing the early settlers of Derry. In the movie we see the Losers discover the original crater where IT crash-landed millions of years ago, and people built a city on top of the crater and created the sewers which made it easy for IT to move and hide and influence the town while the monster was hibernating.

In one of the cut scenes from the script of the movie, there is a scene where a translucent IT appears in front of a woman and gives her two choices, either sacrifice her little daughter, or he would eat her entire family. The woman decides to sacrifice her small daughter to IT, who was just learning to take the shape of a human.

Though in the heat of the moment the scene where IT’s alternate origin is shown and how the vision ends, it may seem fake but by the end of the story, there is some truth to the alternate origin even though Andy Muschietti left it all for the fans to decide which makes the multiple origins even more intriguing.