home Entertainment Who is Bradley Whitford's Wife? Get All the Details of His Married Life!

Who is Bradley Whitford's Wife? Get All the Details of His Married Life! 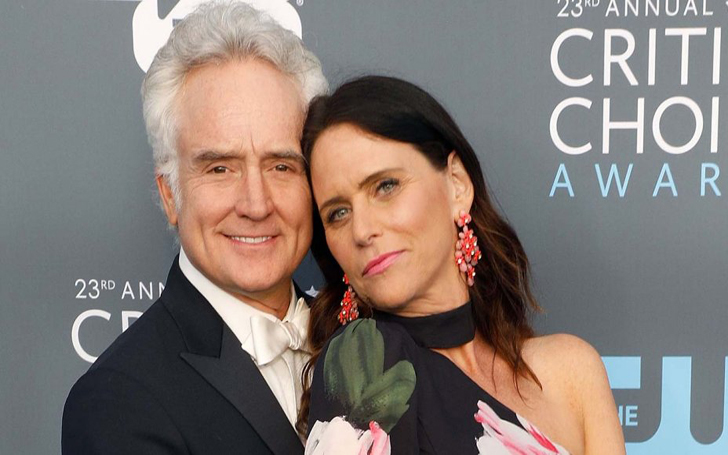 Bradley Whitford’s been in the movie and TV industry for a long time and played some of the most iconic characters in TV and film history. Born on 10 October 1959, the actor got his first start in the industry with an appearance in the TV show 'The Equalizer' then the movie and TV career of the actor went hand in hand.

By the time he was finding his feet in the industry, he was also falling in love with a beautiful lady who he married and made her his wife. His movie career was taking off when the actor met the one person he was going to spend the better part of his adult life with.

Bradley’s movie career was taking off, and he was slowing down his TV output when he met his first wife for the first time. The actor took his love life and his work life hand in hand, and he enjoyed one of the constant lines of work of his career during the period. But his first marriage did not last long, and the couple got divorced, but love is weird when people are least expecting it, they are going to find it, and it happened to Bradley.

Who is Bradley Whitford’s Wife?

In 2014, Bradley was cast in a recurring role in the groundbreaking Amazon Prime show 'Transparent' where the father of the family transitions into a woman and the impact on the family and the implication of the whole thing lies with the children who need to take in, the fact and learn to love and respect the choice of their father.

The show was an award-winning series, and Jeffrey Tambor was awarded for his portrayal of the leading character, but the show was special for Bradley for a particularly different reason. Amy Landecker was a series regular on Transparent, this was the first time Bradley and Amy met, and there were some hidden feeling between the two, but the two did not approach each other with the prospect of dating for a while.

A year later of meeting on the show, the two went out on a date and started seeing each other on a regular basis after the date. The two went out again, and soon there was love between the two which blossomed into an engagement. After starting dating in 2015, the actor popped the question in 2018, and she said yes. The couple eloped on 17 July 2019 and got married in a church, and so began the new chapter of the love birds.

They’ve been together for almost five years and married for less than half a year, and they share two dogs, but there are no kids in their life yet except for the children of Bradley from a previous marriage.

Bradley’s Past Marriage to Ex-Wife Jen Kaczmarek, How Many Children do They Share?

While Bradley’s career was on an upward trajectory, he met fellow actress Jane Kaczmarek and the couple got married on 15 August 1992. The couple welcomed their first child Frances Genevieve in October of 1997 and then after almost three years of interval, George Edward was born in 1999 followed by the couple’s third child Mary Louisa who came into this world in 2002.

While the couple was still together around the 2008 time, the duo was seemingly going through a rough patch when Bradley’s said she was not talking about her married life. The same year there were rumors they married couple separated. They were divorcing, and it was announced in June of 2009. The 16 years of marriage ended when the divorce was finalized the two we no longer husband and wife.

Before you leave, make sure to check out Entertainment section for more information on all your favorite celebrities, and also make sure to visit Glamour Fame to get the latest in the world of entertainment.