home Entertainment Who was Richard Giannotti's Wife? Why Did the Couple Divorce?

Who was Richard Giannotti's Wife? Why Did the Couple Divorce? 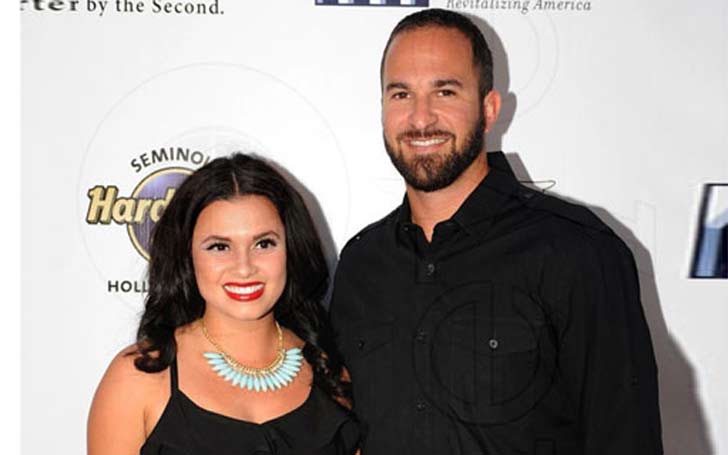 Richard Giannotti is a former baseball player who played for the LA Angels during his heydays and currently plies his trade in sports media and financial advising. He is also involved with the hit comedy-drama show, 'Ballers,' starring Dwayne Johnson on HBO with the former player also contributing to 'Kiplinger,' a business forecasting site.

Richard of born on 9 August 1983 in Fort Lauderdale, Florida, with the player choosing to go to St. Thomas Aquinas High School in his home town. After this, he was chosen by San Francisco Giants in the 2001 June Amateur Draft. He instead opted to go to college and joined the University of Miami, where he played baseball for all four years.

After College, Richard was taken in the 38 round of the 2004 draft with LA Angels taking him and sending him to the minors. The player was not able to make it big in the Major League, but he did what he loved and kept playing in the minors and later on transitioned to Financial Advising after his career was over. Right around this time, he met his future wife, Joy Taylor.

Who is Joy Taylor?

Joy Taylor is the television, radio, and podcast host, and she also works as the co-host of the show 'The Herd with Colin Cowherd' after the departure of Kristine Leahy. She worked as the moderator for the show 'Skip and Shannon: Undisputed' both of the shows are currently on the new Fox Sports channel FS1.

Joy also works on her own podcast, also associated with the FS1 Network, and comments on a different assortment of topics in her show. She is a graduate of Barry University, and she was born on 17 January 1987 in Pittsburgh, Pennsylvania. She is the younger sister of the Pro Football Hall of Famer, Jason Taylor, who is the second all-time sack leader in the NFL.

The Relationship and Wedding of Richard Giannotti and Joy Taylor

Richard Giannotti and Joy Taylor met in 2015-16 and fell in love. He is a former athlete, and she is the commentator of sports, it was a match made in heaven. They thought they were meant to be, they held their wedding on February of 2016. The marriage was ill-fated; the couple was not able to sustain their relationship, and less than a year later, they separated and later got divorced in 2017.

Richard is currently single and focused on his work while Joy is in a relationship with former NBA point guard Earl Watson. The couple is engaged and to be married soon; it was announced they were engaged in September of 2018, a year after getting divorced from her first husband. The announcement of the engagement was made on her the show 'The Herd with Colin Cowherd.'

The couple is not married yet, but they are probably looking to get hitched pretty soon.

Before you leave, make sure to click on our Entertainment section to get all the latest news and gossip on your favorite celebrities and also do not forget to visit Glamour Fame to be in the know of all the happenings in the world of show business.