home Entertainment Who Will Win Dancing With The Stars Season 28?

Who Will Win Dancing With The Stars Season 28? 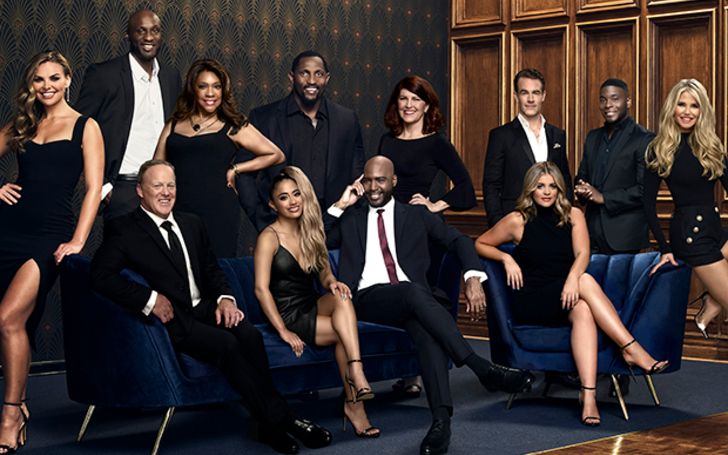 The new season of Dancing with the Stars just premiered with some of our beloved, talented faces with their amazing skills!

One of the successful dancing show 'Dancing with the Stars' is currently running its 28th season. The new excitement-filled season has some of the most excellent contestants and reality sensations began from September 16, Monday.

So, in the article, we have come with contestants from the season with adequate assumptions of who it's going to be this season. The new season is focused on Tango dance - a popular partner dance and social dance that originated in the 1880s along with the Río de la Plata.

The judges of the show are the same, Carrie Ann Inaba, Bruno Tonioli, and Len Goodman. So, you might be excited for who it's going to be! Right, let's see.

The highest scorer of the show was the dashing Dawson's Creek star James and his Mamma Mia! Star Emma.

James started off with a sexy and smooth dance entrance and their performance so legit that all the judges were instantly impressed.

Carrie gave feedbacks like "we have a leading man in the house," and Len expressed "it had a drive, it had a purpose." All the three judges were overwhelmed and consequently was the highest-score dance of the night.

For the performance, the judges gave it a score of, Bruno with seven counts, Len with seven and Carrie Ann with seven making it a total of twenty-one. The power couple was able to win the heart of judges with their splendid performance.

The Miss Alabama USA 2018 Hannah Brown who recently confessed about her stint on this season is up with partner Alan sizzled with a cha-cha to Whitney Houston's "I Wanna Dance with Somebody."

The dancing rhythm was flawless, and they coordinated perfectly with the twists and rolls, following the beat and tempo.

The judges commented on their performance, admiring the confidence but Bruno warned Hannah to "be careful not to lose balance" in the fast spins.

Their twists, the turnover was perfect and turns seemed splendid. The judges gave the couple with the score of Len - 7, Bruno - 6 and Ann - 7 making it a total of 20.

The dance was excellent, and overall chemistry was flawless. Bruno said, "it was like watching a sultry southern belle."

Sailor Lee Brinkley-Cook is the daughter of legendary supermodel Christie Brinkley. Christie came as the substitute of her mother after she broke her arm during the rehearsal.

The gorgeous model shared she felt lucky to perform with Ukrainian-American professional dancer who has formerly won the dancing competition twice.

The overall performance was admirable but we didn't see much steps from Christie's part.

Their performance was admirable, and the pole twists and lifts brought goosebumps. Their combination was flaunting and mesmerizing to watch.

Judges Bruno gave him a score of five; Ann gave six and Len with similar six making it a total of seventeen.

Their startup was unlike any other contestant. Sweet and straightforward the duo won the hearts of many with simple dance steps.

Despite being the age of 75, the American vocalist Mary Wilson was correctly flexing with professional dancer Brandon.

The judges scored them with Len giving five points, Bruno with six and Carrie with six making a total of seventeen.

The versatile actor, comedian, and musician flourished the stage with a unique theme. Coupled with 'So You Think You Can Dance' professional dancer, the duo danced in the fun track of Jonas Brother "sucker."

The judges had some critiques, but Carrie Ann saw potential saying, "if this is week one, I am very excited."

They ended up marking the result of Bruno with five points, Ann with five and Len with six making a total of sixteen.

One of the leading members of the Fifth Harmony group Ally Brooke is also one of the famous faces in this season coupled with professional dancer Sasha Farber.

The judges encouraged her to stay on the music to look it avoid "muddled," Ann commented "it's gonna be a good season," and Bruno shared "sense of attack."

The judges marked them with a score of Bruno Six, Carrie Five and Len with five, making it a total of sixteen.

The 47-year-old Sean is partnered with the professional Latin and ballroom dancer. The duo delivered an exceptional Salsa performance on "Spice Up Your Life" by Spice Girls.

Bruno gave feedback saying he saw "some elements of salsa there," and Ann shared, off the beat for most of the dance, but he had fun out there."

The overall performance was entertaining marking Len with five points, Carrie five, Bruno with six and making it a total of sixteen.

The 55-year-old overall performance was entertaining, where judge Kate commented on her to work on her legs movement.

The judges gave them a score of Len with five, Bruno with five and Ann with five, making it a total of fifteen.

The season 29 season performance is one of a kind where the judges Ray shared they carried great potential. They got a total score of 'fifteen' where Ann gave 'five,' Bruno 'five' and Len 'five.'

The performance was fine, but his physique seemed a little awkward, and the moment was a bit slow.

The judges marked them with a score of Carrie Ann with five, Bruno with three, Len with three making it a total of eleven.

ABC's long-running dance competition Dancing with the Stars initially premiered back in 2005 where winners roughly earned $345,000 to $360,000 with addition to the "winner" title and the Mirrorball trophy.

So the season 28th Dancing with the Stars winner could possibly be,

So who's it going to be? We surely hope one from the list. The show airs on ABC, and the first elimination round is on Monday, Sep 23 television at 8:00 pm. Stay tuned and connected to find the update on the recent TV & Movie shows on Glamourfame.