Why Isn't Amber Portwood Fired From Teen Mom OG Yet? 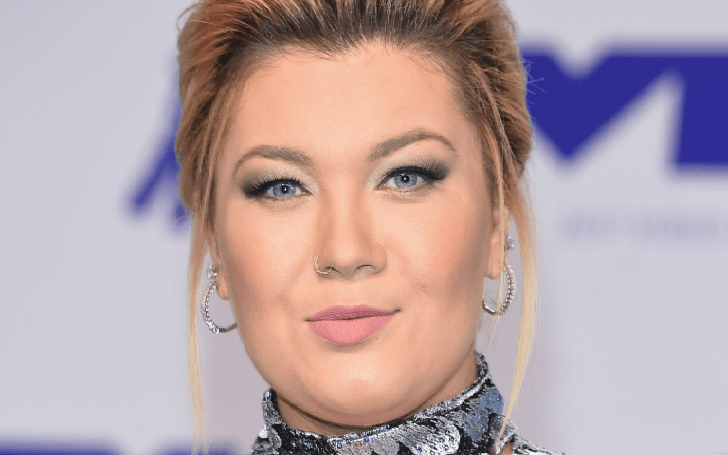 There is a simple reason why Amber Portwood is still not fired from the show.

Amber Portwood is not mentally stable; someone who beats her husband and chases after him with a machete is not someone who is a sane person. MTV is known for not firing its star and always tolerating everything till it gets way too much for everyone involved.

'Teen Mom OG' fired Farrah Abrams for disrespecting her parents and making it a living hell for the crew of the show while filming. Jenelle Evans was also fired after her husband shot a dog in their front lawn while their kids were inside the home. The choice to fire those cast members was after much bad press and negative attention to the show.

Amber Portwood it seems would be at the top of the firing list after the reports of her abusing her husband and police arresting her as well as bringing three counts of charges against her. She would be the perfect candidate to be fired from the show, but the reports coming out from sources state the reality star will not be fired.

According to sources Amber is currently filming new episodes for the upcoming season, and MTV will not be firing her. This is baffling even to think, abusive man, get released when one accuser comes forward whether the case is true or not but a woman does it, and she gets more and more chances to make money and keep her job.

The reason for her not being fired from the show is simple; there is way too much money to be made from the predicament she is in right now. We all saw what MTV did when Amber went for her court date; they sent most of the cast members and cameras to the place to “support” Amber. This was not the case; she was being exploited for the explicit purposes of ratings.

This season of Teen Mom is going to be one of the most-watched if Amber comes on the show which most probably is going to happen. The producers are not in control here; they are working under the instructions of the channel, which is why it seems to be true she is returning to the show.

It was also revealed she would be in the show till the time the court proceeding takes place and if convicted, then only she will be removed from the show. This is a pretty low bar to set, the police showed the damage she did to Andrew and the bruises on his face, people should not be rewarded for their bad behaviors.

But what can be we expect from MTV and the exploitive behaviors they’ve shown till now. Still, this is a new low for the channel, and we, for one, are not going to be watching the new season and see the lying face of Amber all over the show.

Before you go, check out our home page Glamour Fame and see what is going on today. Also, make sure to spare a look at our Entertainment page and find the one thing you like, we’ve got something for everyone.