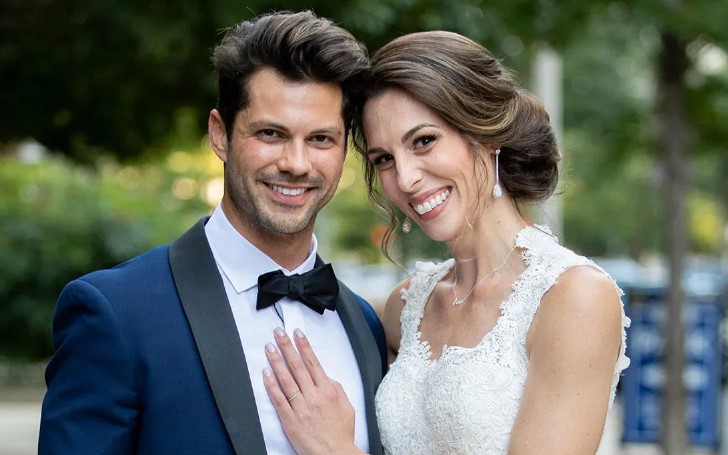 Zach Justice explained why he popped the question to Mindy Shiben on their wedding day.

Well, for many of you, it may have come as a shock when Zach Justice of 'Married at First Sight' proposed Mindy Shiben at the beginning of their wedding on the 10th edition of the show.

While we take the liberty to assume you all watched the previous episode of Lifetime's Married at First Sight season 10 when Justice got down on his knees to pop the question to Mindy on their wedding day.

Married at First Sight: Zach Justice proposed Mindy Shiben on their wedding day, and explained why he did it.
Source: Lifetime

Zach Justice, kneeling on his knees, said, "Will you marry me, Mindy Shiben?" to which Mindy replied, "Yes." Soon enough, the host of the show, Jamie Otis, barged in to say, "Okay, Zach, you have got some swagger. If I wondered, now I know."

Even Pastor Calvin Roberson exclaimed, "That was a player move, wasn't it?" Which left Zach little embarrassed for his action, so he came with some explanation, why he did so.

Watch: Married At First Sight star Mindy Shiben cries after family refuses to support her marriage to a stranger.

Maybe Zach's move was to cheer up his bride, Mindy Shiben, who was heartbroken because her parents did not support her decision to wed a Zach Justice, who was a complete stranger for them and Mindy herself. They did not even attend her wedding, so it's understandable how hard it was for Mindy.

Also Read: Who Is Alexandra King Dating after Break-Up from Jimmy Garoppolo?

But after Zach's move, we hope he was able to cheer Mindy a little. We hope their relationship lasts forever, and Mindy's parents will understand everything in the days to come. It just needs some time.