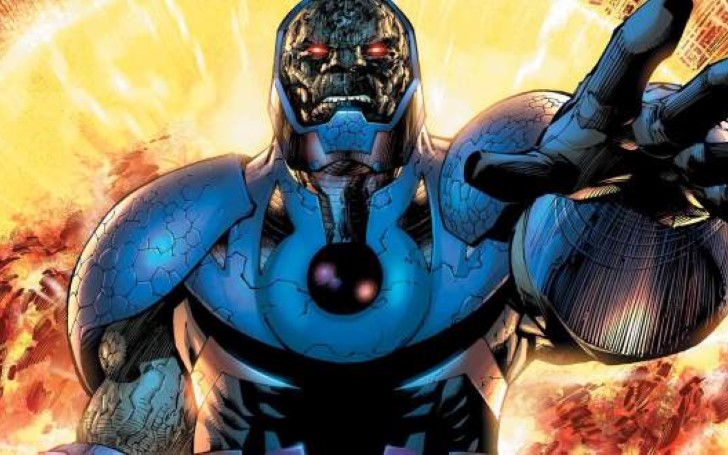 Zack Snyder didn't exactly get to enact his vision for the Justice League movie. Due to personal tragedy, Zack had to step away from filming and Warner Bros. still pressed ahead with a new director in Joss Whedon. The movie we got was a mix mash of ideas that didn't seem to work together. We all know what happened to the 'Justice League' at the hands of the critics and at the box office.

When Zack Snyder was hired as the director of 'Man of Steel' and effectively run the DCU there was a lot of talk of 'Darkseid' being in the 'Justice League' movie. All the talks were proven to be false when the movie debuted in 2017, instead of 'Darkseid', we got his henchman 'Steppenwolf' doing his bidding on Earth. 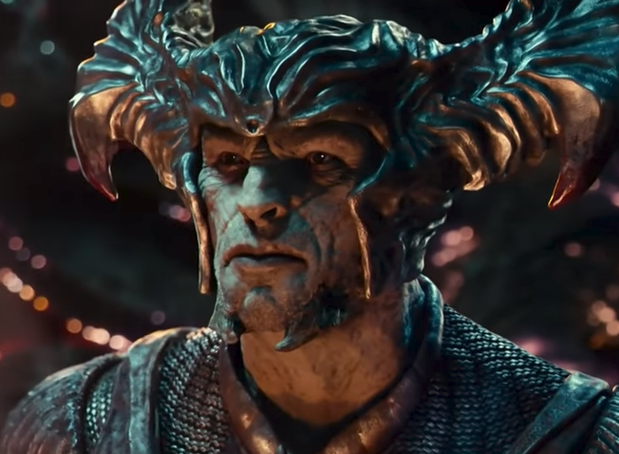 Like most of the ideas by Zack Snyder for the 'Justice League', 'Darkseid' never made to film. If Zack may have gotten to enact his vision then maybe we might have gotten to see the big baddie on screen. We all know that Zack's version of the movie never made it to the screen but this time Zack took to social media site Vero, to share his vision of young 'Darkseid'. 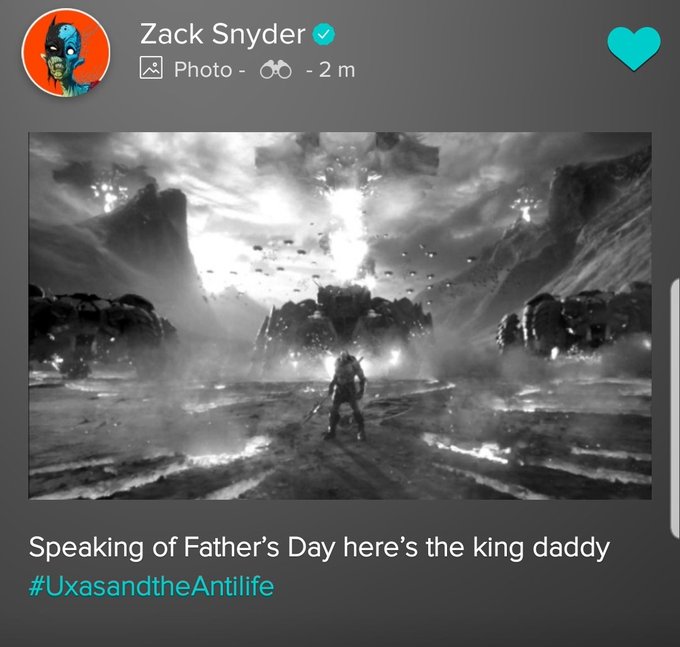 Vero is the social media platform that Zack Snyder uses very often to reveal behind the scene aspects of his movies. He also revealed, about the unused aspects of 'Darkseid' in the 'Justice League' and finally, he revealed this photo for all to see. Zack also talked about his desire to have Ray Porter from 'Argo' and 'Justified' to portray the big baddie.

The name he used in the photo is also interesting considering 'Uxas' is the name given to 'Darkseid' at birth. He was born to the royal family of Apokolips, being the younger son and his elder brother 'Drax' being the heir to the throne he had his eyes set on ruling the planet. 'Uxas' wanted to kill his brother so he can rule, and he got his wish when 'Drax' was related to Omega Realm. 'Uxas' got his power from extra-dimensional reality and after breaking out from the chrysalis he renamed himself with the "god-name" 'Darkseid'. 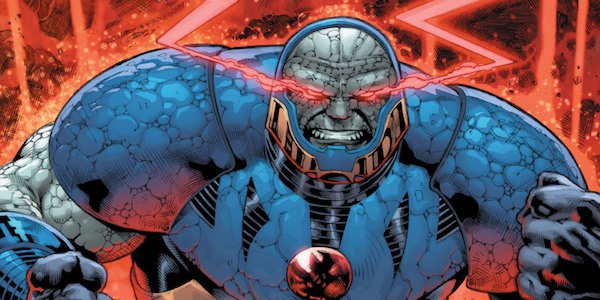 Darkseid as he appears in the comics.
SOURCE: Cinema Blend

He began his iron fist rule of the planet Apokolips soon after that. 'Darkseid' has this mad desire to be revered and obeyed by everyone and this is where the other word Zack used comes into play, Antilife. The anti-life equation is something that removes people will and 'Darkseid' believes he can use this to make everyone obey him.

'Justice League' was not a good movie by any metric of measurement, it was tonally shifty, no particular direction, with too much shoved into a single movie. This was all because of the studios' desire to catch up to Marvel, which at this point is impossible to do. Marvel bide its time and slowly introduced characters to the ensemble, in the studios' desire to shoot for the moon, they forgot about the jet fuel required to get there and got stranded in space while Marvel started on its voyage of the universe beyond. 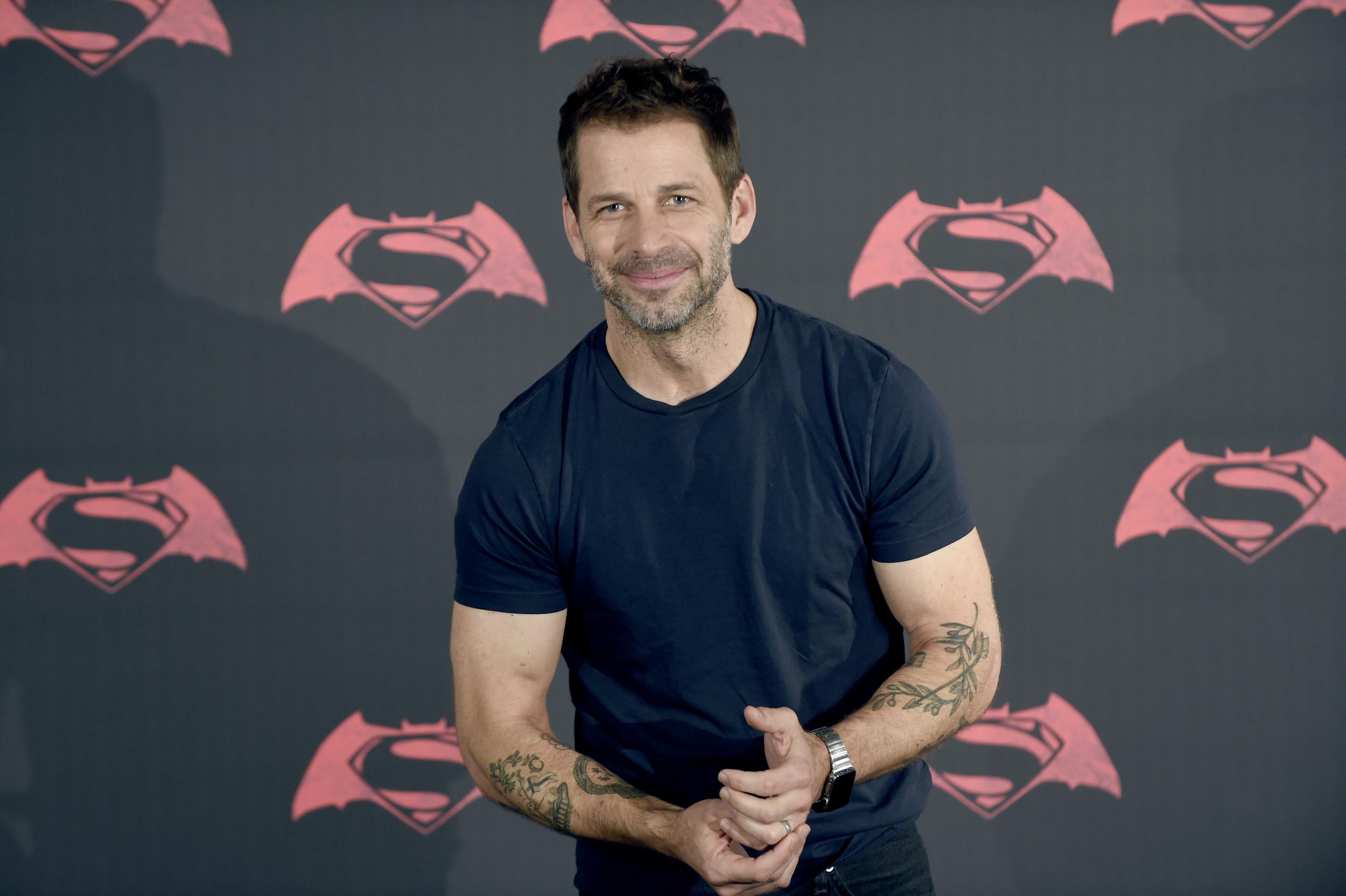 Zack Snyder during the premiere of Batman vs Superman.
SOURCE: Independent

A young 'Darkseid' would have been one more origin story in an ensemble superhero movie that already botched the origin of 'Cyborg' and 'Dark Superman'. Maybe it was the studios' fault for rushing the director, a 'dark Superman' would have taken a whole movie but it was rammed through in a 5-minute long battle sequence. It was the same with 'Cyborg', many scenes from the trailers that would've made the origin of 'Cyborg' a little more interesting was cut for time.

Watch: The trailer for Justice League

Young 'Darkseid' in the same movie would have made the film even more bloated than it already was and the image we get to see from Zack is hard to look at. A little close up would have been nice, seeing him in a 50-foot screen would have been nice also but the way they botched the animation for Steppenwolf, we are thankful that the image is all we get. As for now, 'Darkseid' lives to fight another day.