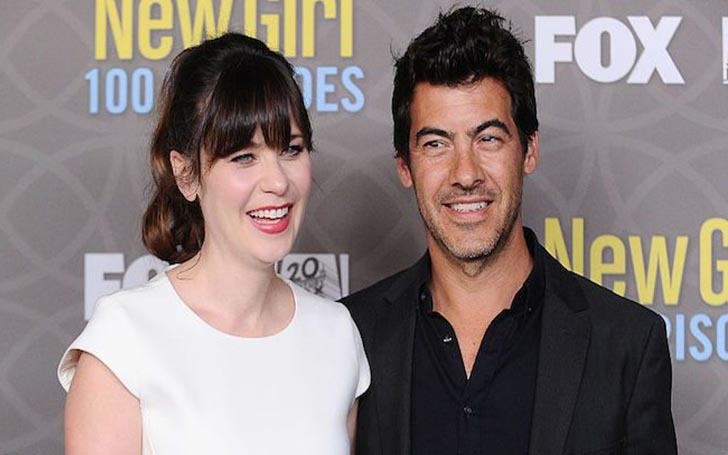 Ex of Zooey Deschanel, Jacob Pechenik speaks out for the first time after the split.

After over four years of marriage, Hollywood producer Jacob Pechenik and actress Zooey Deschanel split. The two married in 2015 and are also parents of a four-year-old daughter Elsie Otter and two-year-old son Charlie Wolf, and the former couple announced they are separating on 6 September 2019. After nine days of silence and hiding from the public eye, Jacob finally spoke out about the split.

“Everything is amicable, and we have two beautiful children together,” producer Jacob opened up to Hollywood Life. “We’ve been raising them, and we’re going to continue to raise them, and take great care of get them… I’m happy.”

The news of the separation came out only about a week ago when a representative said, “After much discussion and a long period of contemplation we have decided we are better off as friends, business partners, and co-parents rather than life partners. We remain committed to our business, our values, and most of all, our children. Thank you for respecting our privacy at this time.”

After only a week of the actress splitting up with her producer husband, Zooey was seen out and about with a new man. Jonathan Scott of HGTV’s hit show 'Property Brothers' and the actress of New Girl was said to be in a relationship. Both of them seem to be moving pretty fast after the reality star, and the actress was seen moving in together as the actress moved out of her ex-husbands' house.

The two newly minted love birds were said to be getting closer after they met while filming for Carpool Karaoke and they were also recently spotted getting close and holding hands outside Silver Dom’s restaurant located in Silver Lake, California.

The separation of the two former Hollywood couple came as a shocker but even more surprising was the actress moved on so fast with her love life which must’ve taken her ex-husband by surprise. But it seems the Hollywood producer is not holding any animosity towards the mother of his two children.

Zooey and her ex husband are said to be trying to make it easy for their children.
Source: Daily Mail

It seems both are happy with where they are in life, their marriage didn’t work out, but in separation also the former couple is handling the whole thing well, which is commendable.