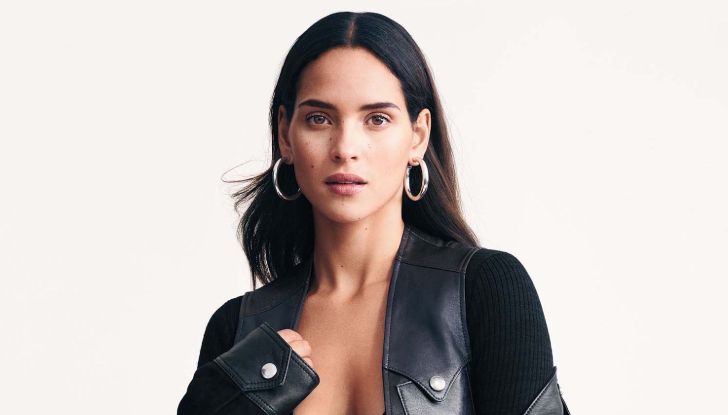 How Much is Adria Arjona Valued at in 2021? Complete Analysis Of "Good Omens" Actress's Net worth Here!

Many can recognize the stunning Puerto Rican, Adria Arjona, beauty from BBC 2019 Douglas Mackinnon's directorial Good Omens, but a real movie buff can trace her back to HBO 2015 TV series True Detective. She is currently a rising star, with only a handful of projects done so far, and has another handful releasing just in a year in 2022.

Born Adria Arjona Torres on April 25, 1992, in San Juan, Puerto Rico, calling her an anticipated star would be an understatement. Having done mostly supporting roles to date, she is coming in a starring role in some of the most awaited films, like, Morbius, Netflix's Sweet Girl, Star Wars series Andor, and a few more. Here we dive into Arjona's estimated wealth and learn how much exactly Arjona has made since starting her acting venture in 2014.

Inside Arjona's Soaring Net Worth In 2021!

Some come from nothing and make it on their own, and many take short routes using connections, but in Arjona's case, it was neither. Born to Ricardo Arjona, a famous Guatemalan singer-songwriter, which may have added to her artistic inclination since she was young, Arjona opted to start as a nobody.

Arjona is starring in the Star Wara spin-off and Morbius, both of them releasing in 2022.
Photo Source: Pinterest

Instead of starting a career in her native, which would've been a relatively easier feat, the Emerald City actress started as a waitress, slowly and independently working towards fame. At least three series and five films later, Arjona's estimated Net Worth in 2021 is $0.5 million, a figure which we will see soar higher in the upcoming years. Her estimated salary stands at $19k-$210 per year.

Check Out: What is Zion Williamson's Net Worth in 2021? Find All the Details Here

An ardent traveler, Arjona enjoys visiting exotic locations. The actress recalls she and her father traveled places when she was a kid. she tells that the pleasure her job brings her is twofold, as it also satiates the wanderlust in her. Apart from films, which is her primary source of income, Arjona earns a hefty amount from doing brand endorsements as she endorses Armani Beauty and a few more.

The Latina actress isn't giving anyone a chance, be it romance or career-wise; she is thriving and officially taken at 29, thwarting any chances of potential romance with her co-stars or, say, someone in the industry. Arjona is happily married to someone outside of her field.

As per native tabloids, the ceremony was a very private and noble affair. The actress got engaged in August 2018 and tied the knots a year later in August 2019 in La Antigua, Guatemala. The lucky guy was Edgardo Canales, an attorney, though much of his info remains a mystery, judging from pictures Arjona posted on her Instagram; the duo complements each other perfectly.

Recommended: What is Anthony Edwards's Net Worth in 2021? Find all the Details Here

Quien, a local press plaudit the couple for their goodwill. Arjona and Canales reportedly asked their guest to donate to the Caras de Puerto Rico Foundation, which caters to underprivileged children in Guatemala, instead of bringing them wedding presents.

'I almost want December to be the longest because i start in January'; Arjona.
Photo Source: Stars Wars News Net

As of 2021, Arjona told in a recent interview with InGenue, that the pandemic had forced her to hit a pause, and the real hustle for her starts from January, as the very anticipated Star Wars spin-off is releasing in the month, 'I almost want December to be the longest because i start in January.' says Arjona.