home Entertainment After Dating for One Year, Channing Tatum & Jessie J Split Up

After Dating for One Year, Channing Tatum & Jessie J Split Up 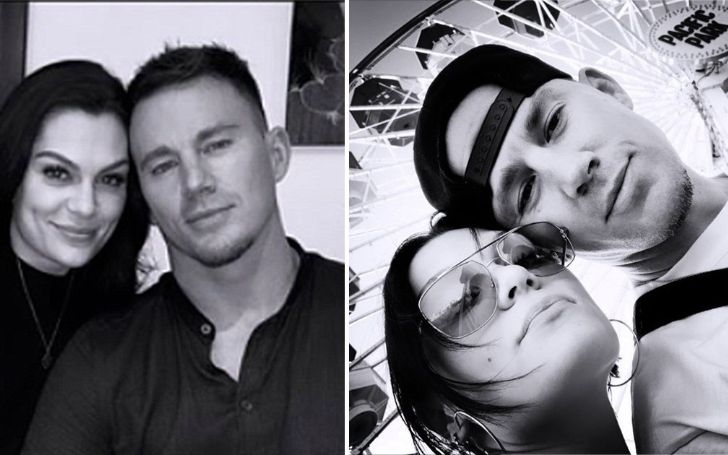 After a year of a whirlwind romance, Channing and the English singer, Jessie called it quits. Yes, you heard it right folks, the 'Magic Mike' star is now in the market, yet again.

Their relationship had just crossed the 1-year milestone and before you know it, the duo is already going their own separate ways.

US Magazine first broke the news. According to the magazine, a source close to the pair said, the lovebirds broke-up due to conflicting 'priorities and focuses.'

It further added, “They had a fun relationship, but it just didn’t work out. Channing needs to be in LA a lot so he can spend time with Everly. Jessie prefers England. They are still friendly though.”

So there you have it, Tatum, a doting father that he is, would want to spend as much time as possible with his 6-year-old daughter as opposed to regularly fly to England and be with Jessie.

The news certainly is a bummer for many of his fans because they'd hoped he finally found someone worthy after the divorce from his wife, Jenna Dewan.

Channing with his ex-wife, Jenna Dewan.
Source: Up News Info

Channing and Jessie made their relationship official earlier this year in March when they were spotted walking hand-in-hand in London.

In addition, Jessie even sang a song for her newfound love during her performance in Los Angeles. Little did many know, Tatum himself shouted out for his girl from the audience.

Well, for now, the duo has decided to go their own ways, but they're still friends and will definitely cherish all the moments they've spent together.

Stay in tune with GlamourFame for more Celebrity Updates.