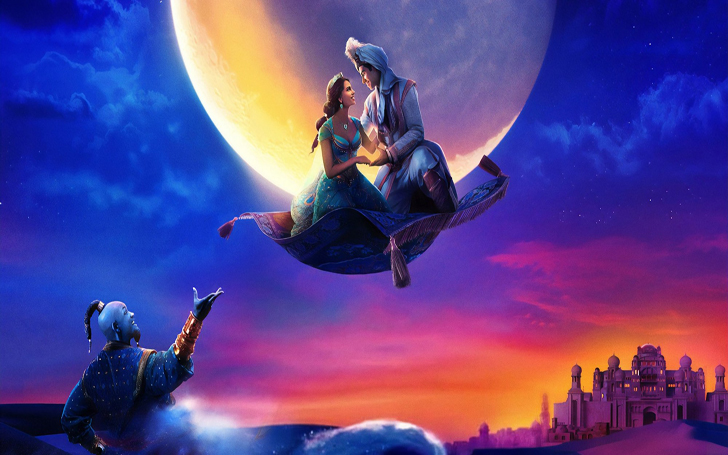 Aladdin spreads its magic on the big screen and now they are making their way to the homes.

Aladdin crawled over the $1 billion mark, after two months of theatrical release and as the movie is on its last legs, Disney announced the release dates for Digital and Home Media releases of the divisive film.

Watch: The first trailer for Aladdin

Guy Ritchie's take on the movie was a divisive one after the director made some changes to the original, especially to 'Jafar' portrayed by Marwan Kenzari. Critics and some viewers complained of the changes made from the original, but most people were pleasantly surprised by the reimagination which was responsible for pushing the movie over a billion-dollar.

Finally, now people can bring Mena Massoud, Naomi Scott, and Will Smith’s take on the iconic character’s home. The movie will be available in Digital HD on 27 August and on 4K Ultra HD, Blu-ray and DVD two weeks later on 10 September. The amazing thing about the home release is the live-action version of the movie will be accompanied by 1992 original which is being made available also in 4K.

The animated version will join the home release, but that is not all as some bonus content will also be made available in the box set like, “a behind-the-scenes look at the making of the film from Mena Massoud's point of view, an extended featurette on Will Smith's Genie, six deleted scenes, bloopers, music videos - including Naomi Scott's "Speechless" - and more!” Those special features will be available in the 4K Ultra HD/Blu-ray combo and in the 4K Ultra HD animated version of the movie will make bonus features like “a sing-along version, a new retrospective with Scott Weinger, behind-the-scenes footage of the recording sessions, and a few fun "What If" alternate endings,” available.

The problem for Disney, moving forward, will be how they will manage their Disney+ streaming site and the home releases of the movies. Since most people will be paying the monthly subscription fees to get Disney+ in their homes and they will expect to be the first person to see the Disney movies in their homes. So, how will you make people buy an expensive box set of a film when they can enjoy the content for such a low price on Disney+?

It seems the top brass came up with the idea to make sure people are intrigued enough to buy the Blu-ray and 4K version of the movie. The extensive number of unreleased content finding their way into the box set is one way to get people to fork up the money for the home releases.

The start of Disney+ is sure to complicate things for the studio, but we can now see the strategy they will use to make sure people are buying the Blu-ray and 4K Ultra HD.