home Entertainment Albert Bandura - Everything About the Psychologist Here!

Albert Bandura - Everything About the Psychologist Here! 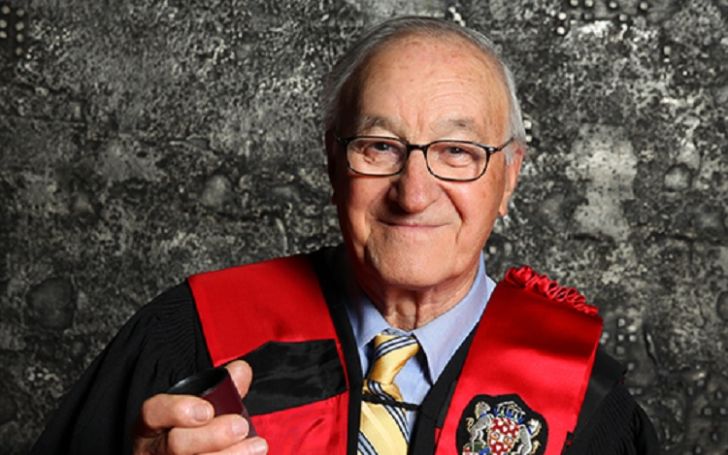 Providing a pivotal role in society for a mental health balance Psychologist has not only saved and healed the mental health of psychiatric disorder person but also contributed a lot to solve many criminal cases.

So, in the deep neurological-waves filled area, Dr. Alberta Bandura is one of the prominent names who has been making a contribution in the field for decades now. To know the 'mastermind' better, let's dig in and find details about his early life and career.

Born on December 4, 1925, in Mundare, a small town of Mundare Alberta, Canada, Bandura was the youngest child and only son in the family of six. Albert's father and mother migrated to Canada from Poland and Ukraine, respectively.

Since his young age as a student, he had a passion for it. He took psychology class to utilize his morning spare time.

But as time passed, his interest in psychology also expanded as he graduated with a B.A. in 1949 from the University of British Columbia, where he won the Bolocan Award in psychology.

Later to pursue further education, he went to the University of Iowa, where he completed M.A. in the epicenter of theoretical psychology and Ph.D. in 1952.

One of the Foremost Influential Thinkers and Researchers in Psychology

Albert who started his career in the field since the mid-1950s is now known for providing contributions to the field of education and to several other fields of psychology.

The former professor of Psychology Stanford University is known for some of his essential contributions in field such as such as Social psychology, Cognitive therapy which is regarded as the influencer in the transition between behaviorism and cognitive psychology.

The 93 years old is also known as the originator of Social learning theory, which articulates new behaviors that can be acquired by learning and imitating others.

Besides he is also known as the originator of 'social cognitive theory' to construct a self-efficacy which was also responsible for the 1961 influential Bobo doll experiment.

As per a survey from 2002, Bandura was named as the fourth most-frequently cited psychologist of all time. Some of the other popular names were B.F. Skinner, Sigmund Freud, and Jean Piaget.

Did You Know: The Psychology of a Rapist; What Triggers The Behavior of a Serial Rapist?

Hope you enjoyed the article, stay tuned and connected to find more intriguing articles only on Glamour Fame.