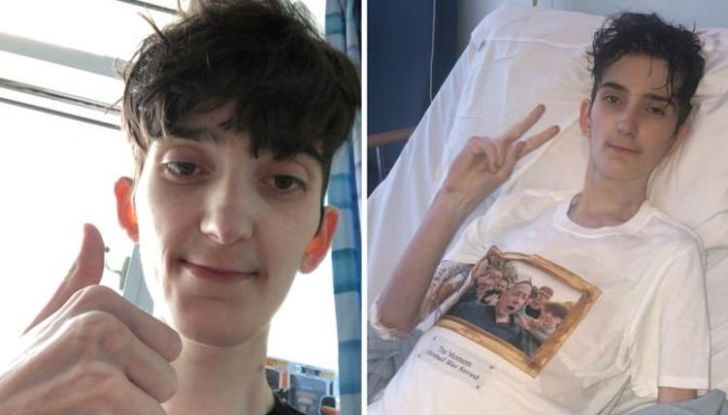 Alex Dragomir, known as 'Sir Kipsta' online, has passed away aged just 17. Alex's family has confirmed the heart-wrenching news. The Youtuber was battling heart failure and passed away after a 7-hour long surgery on Thursday.

Tweeting from Alex's account, his sister wrote, "Hello , as you all might already known my brother passed away today he had a very hard operation which lasted 7 hours but his heart couldn't take it anymore ,he was too weak to survive. Heaven gained another angel Baby angel he was my rock my everything . RIP Alex."

Sir Kipsta was a hardcore Manchester United fan and had over 24k subscribers on Youtube. He had been sharing his health journey with his followers for a while. Before going in for the heart transplant surgery, Alex even left a final message for his fans.

His last tweet read, "Going in for a life saving procedure, if it don't work then it's been a great time people thank you for all you've done for me but we pray we see it through and we pray we get fatter and fitter after it for them to see progress and not say they can't do anything after surgery."

Check Out: Blake Lively's Father Ernie Lively Has Passed Away

Tributes for the late teen have been coming from his fans and fellow YouTubers alike. A well-known football YouTuber, Mark Goldbridge, tweeted, "Absolutely broken to hear that this brave young man @KipstaUnited passed away last night. In a world that makes no sense, you were a shining light of positivity & strength to us all. RIP mate."

Manchester United footballer Marcus Rashford tweeted, "My Guy, I hope this book brought you at least a little enjoyment at the end. What an absolute superstar, fought until the very end. I was thankful for your support. @KipstaUnited."

A fellow Manchester United fan and impressionist Al Foran wrote," Only heard the news about the young United fan, Kipsta, who sadly passed away yesterday; he seemed like such a lovely lad and showed positivity throughout his ordeal; my thoughts are with his family and friends at this difficult time."