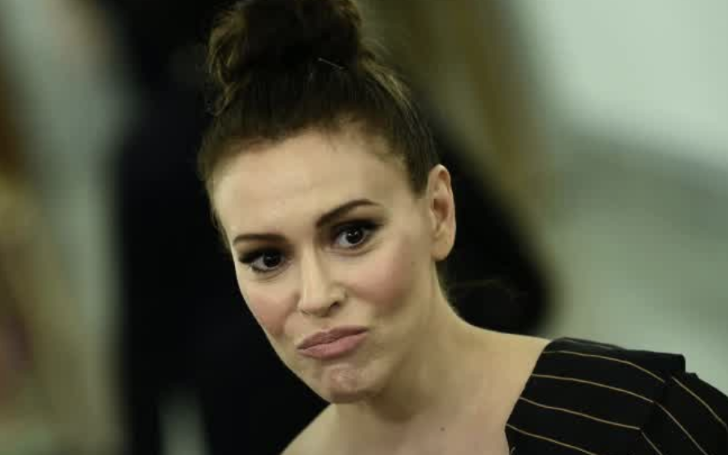 Alyssa Milano is being teased over her tweet announcing probability of 2020 endorsement.

Activist Alyssa Milano posted a tweet on Wednesday about 2020 endorsement for which she is being mocked.

An outspoken activist who protested the NRA, Trump’s immigration policy and Supreme Court appointee Brett Kavanaugh posted a tweet reading "I have not endorsed anyone yet for 2020. And I won’t for a while. I have a strategy and call to action that I am formulating and will announce soon. I’ll need you all to help me."

I have not endorsed anyone yet for 2020. And I won’t for a while. I have a strategy and call to action that I am formulating and will announce soon. I’ll need you all to help me.

One of which sarcastically said:  “I physically can’t roll my eyes anymore.”

Whatever Milano is up to, it won’t be an announcement she plans to make public anytime soon. 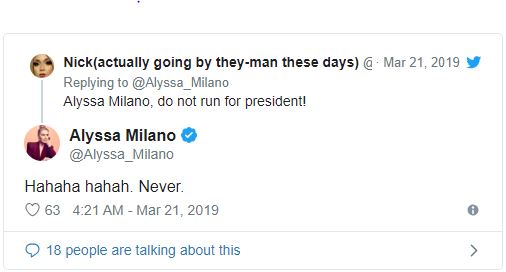 While most of the people were busy claiming they were not interested, one commenter suggested, “Alyssa Milano, do not run for president,” while she replied with a laugh and added, “Never.”

And while the Oval Office isn’t part of her aspirations, Alyssa holding office is something she thinks about. “It’s not much different than what I’m doing now,” said Milano, who helped the #MeToo movement go viral on social media.

“I’d really love the staff. I’m doing this by myself now. I want that person where I’m like, ‘Can you talk to me about immigration in a way that I don’t have to go through so much research?’”

She continued, “I would love it in that respect, but I don’t even know what trajectory looks like. Do I start on a state, local level? If anybody has any ideas, tweet me. 2028? Maybe. It’s something that I think about, for sure.”

Milano recently was a subject of backlash, for labeling herself as “trans,” “a person of color,” “an immigrant,” “a lesbian,” “a gay man” and “disabled” in an apparent effort to encourage her followers to not be afraid of what they don’t know. While she later apologized, that backfired too and she was accused of “playing the victim.”