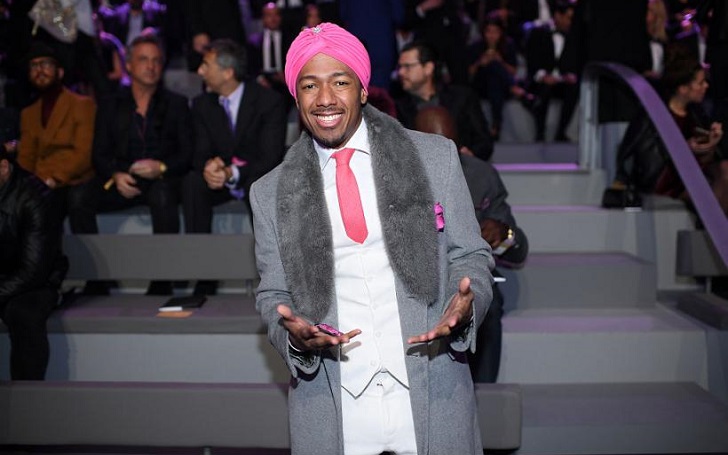 Former 'America's Got Talent' host Nick Cannon is set to host his own talk show next year.

The American actor/TV Personality, Nick Cannon announced his departure from the primetime reality competition series, 'America's Got Talent' in 2017. He is now moving on to a daytime show, a nationally syndicated talk show in 2020, Lionsgate's Debmar-Mercury announced on Wednesday, September 25.

The 'Wild 'N Out' exec-producer will host the upcoming show as part of a deal with Debmar-Mercury, the co-presidents, Mort Marcus and Ira Bernstein, released in a statement. He will also co-produce the show via his production company, Ncredible Entertainment.

"We are excited to be able to announce this collaboration with Nick, who has proven himself to be such a dominant creative and entrepreneurial force across film, primetime TV, music, comedy, stage and online platforms," the statement read. "The daytime audience got to see that firsthand earlier this year with his stellar performance guest-hosting The Wendy Williams Show. Now we can't wait to see Nick put his own unique stamp on talk and add daytime to his impressive list of accomplishments."

The MTV sketch show, 'Wild N Out' ran for 13 seasons, and the network recently ordered three more episodes to get it through Season 16. He served as the co-producer, creator and host on the show. He also produces 'The Wendy Williams Show' that is renewed until the 2021/22 season. He hosted Fox's largely successful 'The Masked Singer', which made a record-breaking debut by bringing in over 17 million multi-platform viewers for the season debut earlier this year. The Season 2 is set to premiere on the night of September 25. He also took over the Los Angeles morning drive time radio airwaves launching Power 106's 'Nick Cannon Mornings' this July.

For around 20 years now, Cannon has been in the entertainment business and kept the viewers interested in any show he's been on. Perhaps the most significant part of his entertaining career is on NBC's series, 'America's Got Talent' where he worked for eight of its seasons before 2017. He left the show to focus on getting his very own talk show. And after several guest host appearance, he's finally cracked into the business.

"After leaving America's Got Talent, I wanted to focus on developing my own talk show. I've always dreamed of a platform where I can speak to America and discuss pop culture, as well as the topics on everyone's minds," Cannon stated. "When I had the opportunity to guest host at my good friend Wendy Williams' show this year, I experienced the energy and excitement of a daytime talk show and instantly knew I found my audience."

Several other celebrities have climbed up the ladder to land their own talk show. Singer, Kelly Clarkson hosts her 'The Kelly Clarkson Show', and YouTuber, Lilly Singh landed her show 'A Little Late with Lilly Singh', both on NBC.

Stay tuned and connected to GlamourFame for more Entertainment News.