home Entertainment Andy Tongren - Boyfriend of Ellison Barber is a Musician, Find Out Some Interesting Facts About the Singer

Andy Tongren - Boyfriend of Ellison Barber is a Musician, Find Out Some Interesting Facts About the Singer 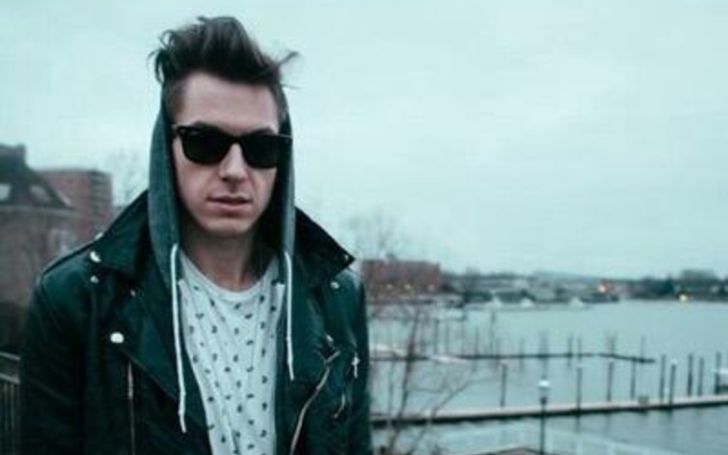 Those who are into indie-pop songs might know the music group 'Young Rising Sons.' Andy Tongren is one of the members in the band who, with his team, released certain numbers of songs until today.

Except for his musical skills, Andy is also famous for his relationship with Ellison Barber. She is the American journalist and Washington, D.C.-based correspondent for Fox News Channel. Want to know more facts about the artist, Andy Tongren, keep on reading.

Andy Tongren is About To Be 33-Years-Old

The rising artist, Andy, will celebrate his birthday on April 5, 1987. He hails from New Jersey, United States. Tongren is turning 33-years-old.

Yeah, fellas, Andy is getting a year older and will move ahead in his life with a whole lot of experience, plus he might grab new achievements in his career.

Before Andy was in a relationship with the reporter Ellison Barber, he was with the American actress Evan Rachel Wood.

After Andy breaks up with the actress Evan, his broken heart was healed by the broadcaster Ellison Barber.

The beautiful couple is deeply in love, which can be seen in different Instagram posts of the love bird Ellison.

The beautiful reporter, Ellison, is the only sibling in her family who is unmarried. However, her relationship status might soon change, as the duo of Tongren and Barber may level up their relationship to husband and wife by taking marital vows.

The Lead Singer of Young Rising Sons, Andy is Active in Social Media

It isn't a shocking fact for the rock star Andy to be active in social media, as it helps him to gain more attention, which is beneficial for his profession.

We can find Tongren tweeting his thoughts and different events from his twitter account, and he also posted certain numbers of pictures of him on his Instagram.

Though Andy only posted a few numbers of photos on his Instagram, his lover, Ellison Barber, keeps on posting  different pictures of her personal and professional life, which also captured many occasions the love birds spent together.

Net Worth of Andy Tongren

In 2020, Andy Tongren estimated net worth should be around $200,000 which he accumulated from his music career.

The rock star, Andy band, Young Rising Sons, released their music video on their YouTube channel, which goes by 'YoungRisingSonsVEVO.' The group might earn a decent income from their videos.

Also See: 10 Facts You Might Not Know About Oscar Winner Ruth E. Carter and Her Designs

As a music artist, Tongren also collects his paycheck from his tour and concert. Till now, the band together performed around 165 shows, and in 2020 they are still working in different stages. Therefore Andy might even double his portfolio at the end of this year.