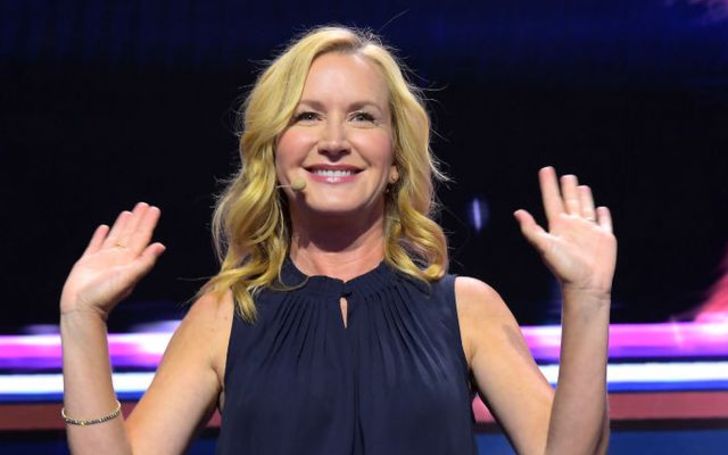 Angela Kinsey, 49, actress, is quite famous for portraying several characters in movies and series like, The Office, Your Family or Mine, Haters Back Off, Never I Have Ever, and Half Magic.

With her fabulous work, the Netflix star garnered a massive fan following. She’s loved by many and has lots of well-wishers all around the world.

Angela’s fans were happy seeing her on the screen doing well; however, recently, they are not doing well because their favorite star isn’t. What do we mean by that? Well, The Office alum is tested positive for the novel coronavirus.

Not only Angela but her husband and children are also battling with the virus. Her family began to face the problem earlier in December after her stepsons tested positive.

Angela, 49, shared odds were against her after being tested positive for Covid.
Photo Source: Instagram

The Half Magic shared to her followers that somehow her two kids got infected despite they all followed the precaution. Following that, her husband, Joshua Snyder, and her daughter, Isabel Ruby Lieberstein (from her previous relationship) also tested positive.

Although Angela went quarantine in her own home, living in separate bedrooms, wearing masks, and following other actions to stay safe, she also began to feel ill.

After feeling off, the gorgeous actress took a quick test and found she was positive for the pandemic virus. After knowing that, on Tuesday, she announced the news with her followers through her Instagram story.

Angela posted her test result and added that odds were against her as four of her family members were already infected. Further, she adds, she’s feeling tired to quarantine.

The Office alumn lost sense of smell and taste due to the coronavirus.
Photo Source: Instagram

On Wednesday, a day after she revealed the test result, Haters Back Off star shared on her Instagram that she has no sense of taste or smell as of now. Furthermore, she said her spouse is also feeling fatigued, but luckily, their children are doing all right.

You May Also Like: Olivia Jade Pretty Much Resembles Mom Lori Loughlin in Her Latest Selfies

To keep yourself update with recent news running in Hollywood visit Glamour Fame.