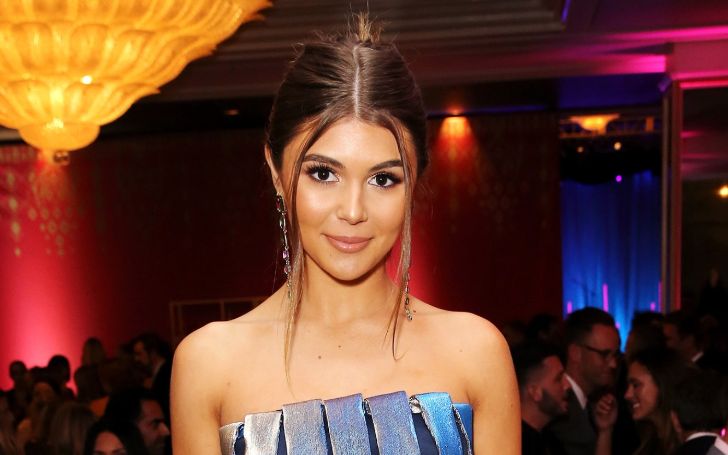 Olivia Jade looks very much like her mother in her latest selfie.

Olivia Jade just posted a new selfie on her Instagram handle adopting a new hairstyle that gives her the resemblance of her mother, Lori Loughlin.

The Instagrammer's post was quickly flooded by fans and friends commenting about the mother-daughter resemblance. The pictures showed her straight brown hair with choppy layers at the front.

There were all sorts of comments in the picture that read, "Aunt Becky hairstyle!" whereas others wrote, "You look so much like Becky in this."

One user also posted, "Please get your mama back here when she gets home."

It looks like the young YouTuber is finally over her college admission scandal that happened in 2018 as she posted her selfie right after her mother was bailed from the court.

Olivia's mother was sentenced to two months in prison after pleading guilty to the conspiracy charge of paying $500,000 to USC College for her daughter's admission.

The scandal was a massive downfall for Loughlin as the Hallmark actress Lori lost a lucrative TV gig over the cheating scandal, along with her partnership with LVMH's Sephora beauty chain. The family is still recovering from the ordeal as her husband Mossimo Giannulli's still got five months of prison sentences after reaching a seven-month term.

You may also like: Who is Younghoe Koo Girlfriend? Here's What You Should Know

According to sources, it was a tearful reunion of the mother and her daughters Olivia and Isabella Rose Giannulli.

The 21-year-old has finally come forward about the whole matter on the Red Table show with Jada Pinkett Smith. There she opened up and said that it was wrong of her parents to take that step. She also admitted that the illegal activity was done behind her back, and she was not aware of it.

That's all for now; follow Glamour Fame for more reads on your favorite celebs!