home Entertainment Apparently People Are Wearing Their AirPods While Having Sex

Apparently People Are Wearing Their AirPods While Having Sex

According to surveys of 'Sex and Music habits' reports say that people are rocking out their intimacy adding flavors with their wireless headphones. 'I want to break free'.

Yes with the modern gadgets making our day to day life much easier, people are using it for various purposes including sex!

So next time when you are out for buying a headphone keep in mind to buy those AirPods as they are portable as well give you a nice musical yet blissful sexual experience.

Future musical appliances, be like, enjoy your sexual experience with the '6D' bass experience.
SOURCE: Vice

In a study conducted by TickPicks, one in five AirPods owners claims that they are using it while having sex.

Well, it's more than just the 'Titanic' star Leonardo Decaprio who was rumored to have sexual intercourse with an anonymous star using headphones and vaping.

How To Make A Girl Fall For You - Check Out These Simple Steps On How To Impress A Girl! >>>

The research was held to explore the data on how music has influenced preferences and expectations in the bedroom. As a result, more than 1,000 people were surveyed who said that they "enjoy listening to music while having sex".

Welcome to the team!
SOURCE: Mashable

The reports articulated that 57% of the people are sexually satisfied but vary on the music genre they listen to.

More than 66.3% were country music fans similarly, 66.3% were blues fans marking in the second spot on the satisfaction rates, 57.9% were Heavy metal and 57.2 percent were pop fans.

Interestingly, the hip-hop fans were reported of enjoying the doggy-style and 1/4 of the folk's fans said that they cried during sex. 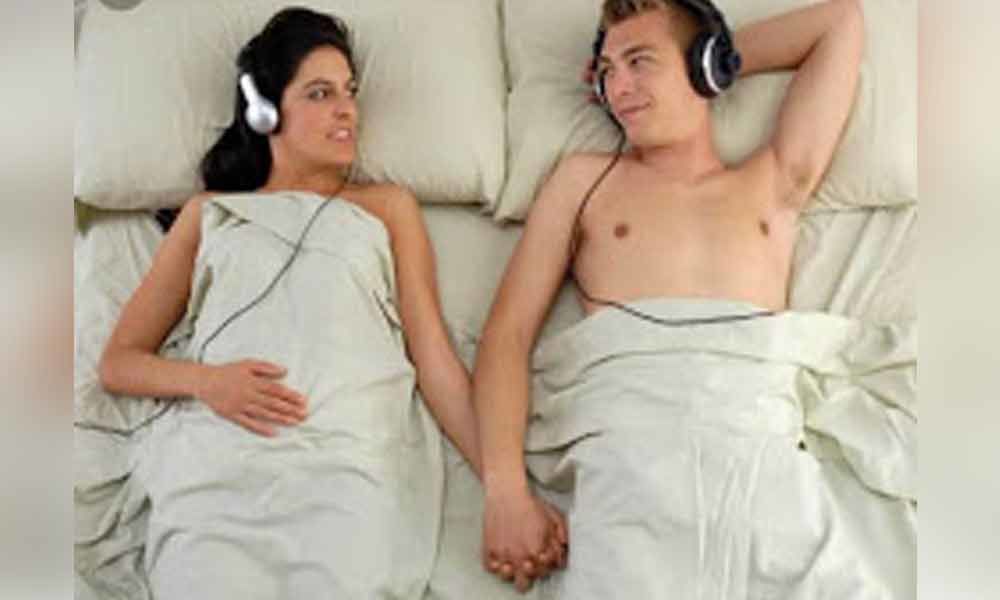 No matter how tiny and convenient a device is the couple should be capable of doing Sex and should stay on the nightstand during sex.
SOURCE: The Hans

Country fans are less likely to use contraceptives, but nearly 47 percent of them are into role play. Humm sex sounds fun, doesn't it?

Well, everything has its pros and cons so does the use of wireless headphones. Well, the good part about it is they can enjoy the intercourse following the beats and rhythm of the music, as harder the beats drop the deep the intimacy begins.

Over 50s are having the 'most adventurous' sex of their lives, wbu?
SOURCE: Cnet

Whereas on the contrasting side, you may end up your intercourse experience leaving you as an asshole. AirPod fall can disturb your intimacy and ad might lead you into a bad sexual encounter and you won't be able to be conscious of what's happening in the surroundings.

Recommended: Ever been Rejected? Learn To Deal with Rejection >>>

Stay tuned and connected to find out more intriguing and salty news from all over the globe.