home Lifestyle Who is Archie Renaux's Wife? Learn About His Married Life Here

Who is Archie Renaux's Wife? Learn About His Married Life Here 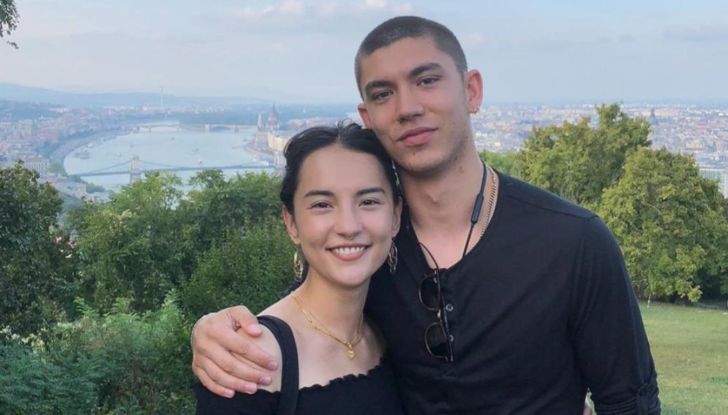 Inside Archie Renaux's Married Life: All Details of the Actor's Love Life Here!

Archie James Beale, professionally known as Archie Renaux, has captured hearts since he starred in Netflix's fantasy series Shadow and Bone. But only true fans know the young actor has appeared in a few notable series previously. Some of Renaux's onscreen credits are BBC mini-series Gold Digger, Hanna, and Voyagers.

Born in Kingston upon Thames, Archie is an English actor and model. Even though Archie forayed into showbiz via modeling, he is better known as an actor. He got his big break from Amazon's series Hanna. Ahead are lesser-known facts about Renaux and his love life.

The long-going feud between personal and professional life is the same for new and veteran stars. Where most tend to be tight lip around their personal life and romances, Archie, on the other hand, has kept things honest. In fact, his fervent fans were shocked when he announced he was stepping into fatherhood at 22.

Renaux and his girlfriend Annie welcomed their firstborn, Iris, into the world in October 2020.
Photo Source: Star Bios sip

Renaux isn't married as of now, but fans are hoping for wedding bells soon. Archie has shared little tidbits of his relationship with his girlfriend, Annie. Renaux hasn't shared any basic intel on his mystery girlfriend, nor is Annie on social media that can help fans gain some insight into their lives.

Check Out: Who is Jonah Hauer-King's Wife? Learn About His Relationship Status Here

In June 2020, Renaux posted a sonogram of his daughter, Iris, on Instagram and wrote, "Happy father's day, I'm joining the club in October when Iris comes into the world." Although the actor didn't update following the post, an insider told the couple is still going strong.

Hollywood's newest heartthrob, Renaux's resume in modeling, spans to gigs in Topman, Moss Bross, Nasir Mazhar, and Men's fashion week. But it turns out the Brit was destined for movies; when Renaux appeared in a short movie named Market Road in 2017, his career took off.

Apart from his other notable onscreen credits like Body of Water, Strange Days, Zero, and Feline, Renaux has also appeared in music videos. His first experience in the music video was Mayflies by Benjamin Francis Leftwich. He then appeared in Liv Dawson's MV for Searching.

Don't Miss: Who is Ronny Chieng's Wife? Learn About His Married Life Here

Archie was working a 9 to 5 job when he decided to pursue acting. Renaux went onto getting trained at The Unseen Drama School in London. He says the 1994 movie, The Shawshank Redemption was probably what pushed him forward.

Shadow and Bone Renewed for Season 2!

Fans have been ardently waiting for the news, and now that it's confirmed, they can't keep calm. Renaux, who stars as Mal in the series, is as excited for season 2. He posted a picture from sets and wrote, "thank you all for watching, we're so happy to be playing these characters again."

Archie hopes viewers will be inspired by his character Mal in Shadow and Bone.
Photo Source: Height Zone

Since it's his first leading role in a big project, Archie shares that having his co-star Ben Barnes from Gold Digger has helped him navigate throughout. Renaux, in his interview with Seventeen, says he is hoping that Mal's journey will inspire the viewers as much as it did him.