home Entertainment Who is Ari Melber's Girlfriend in 2022? Find Out About His Relationship

Who is Ari Melber's Girlfriend in 2022? Find Out About His Relationship 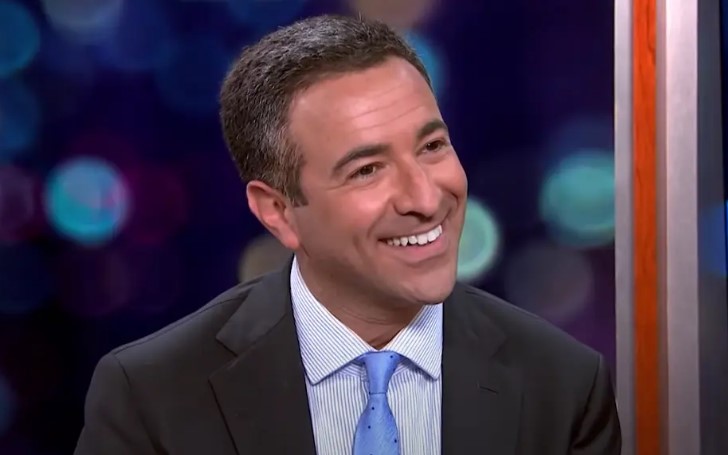 Here's what you should know about Ari Melber's girlfriend in 2022.

Ari Melber (born Naftali Melber) is an American attorney and journalist who is known for hosting MSBC's "The Beat with Ari Melber." Ari started his show on July 24, 2017; his show was nominated for a 2020 Emmy Award for Outstanding Live Interview. According to Forbes, Ari Melber's show averages 1.8 million average viewers, which is more than CNN's at 6 PM and MSNBC's best rating ever for the time slot.

While talking about his early life, Ari comes from a Jewish family; he is the son of Israeli immigrants. His grandparents were survivors of the Holocaust. Melber attended Garfield High School and the University of Michigan from where he graduated with an A.B. degree in political science.

Following his graduation, Ari moved to Washington D.C. and worked for Senator Maria Cantwell. Melber then joined John Kerry's presidential campaign. We assume you already know about Ari Melber's excellent career, but how well do you know about his personal life? Do you know who his girlfriend is in 2022? Let's find out.

Ari Melber Girlfriend in 2022, Who is He Dating?

There's quite a buzz after Ari Melber was spotted multiple times with actress Alexandra Daddario. The first time the alleged couple was spotted together was when the actress was seen kissing Ari.

After that, the alleged couple dined with comedian Richard Lewis, celebrating the 24th anniversary of the comedian's sobriety. Taking to her Twitter, Alexandra posted a photo of them and wrote,

"Richard Lewis is iconic and amazing. I’m a huge fan of ‘Curb.’ … He and Ari know each other, and I definitely wouldn’t have met him unless it was for Ari."

Ari Melber and Alexandra Daddario haven't confirmed their relationship, but all fans of both Ari and Alex are convinced they are dating each other. Also, Rebel Wilson is dating his girlfriend, Ramona Agruma.

Talking with Access, Alexandra Daddario seems more confident than ever when it comes to dating. The actress admitted she is currently in a positive place when it comes to both her romantic and professional life.

The "When We First Kissed" star said,

"People told me that my thirties would be the best time of my life, and I think … it’s kind of true. You know, you go through your twenties, and you work really hard, and you sort of getting to a place in your early thirties where you know yourself better."

"You know what you want romantically. You’ve made mistakes. You’ve learned what you don’t want and what you do want.[It’s the] same thing with work and family and all of that, she added. I think that I’m in a place where I know myself better. I know what I want more, and I know what I stand for."

Alexandra's name was romantically linked with Zac Effron, but after the actress was spotted together with Ari Melber, all the rumors faded. Well, fans are convinced Melber and Daddario are dating.