home Entertainment What is Ariana Greenblatt's Net Worth in 2021? Learn all the Details Here

What is Ariana Greenblatt's Net Worth in 2021? Learn all the Details Here 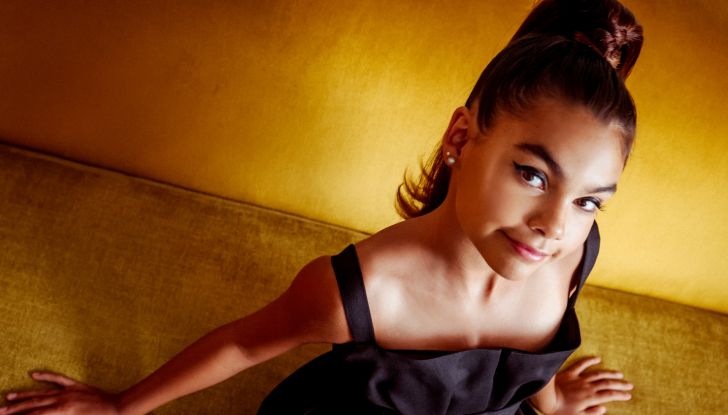 Ariana Greenblatt's Net Worth in 2021: How Much is the Young Actress Valued at?

Ariana Greenblatt is only 13, and the actress already has it big. Starting from Disney at the age of 7, the young actress has taken a huge leap in her career by starring in Avengers: Infinity War, Love and Monsters, and the recently released In the Heights. Born to actor and broadway producer Shon Greenblatt, Ariana's talent and drive are simply phenomenal at a tender age.

Also a trained dancer, she came 2nd in Dancing with the Stars: Juniors. Appearing in numerous star-studded projects soon, Greenblatt is probably the fastest rising child star in Hollywood. Below we will look at the small but mighty actress's Net worth and resume so far.

How Much is Greenblatt Valued at in 2021?

As of 2021, it is speculated at a striking $250k. Set for a bright career ahead, the figure is clearly a drop in the colossal fortune the child star is destined for. Her acting profession remains the main contributor to her soaring net worth.

Check Out: What is Chance Perdomo's Net Worth? Find All About His Wealth and Earnings Here

But the fast-emerging actress might start a new venture soon. Ariana reveals she has a knack for music as well. The Disney Alum says she writes songs in her spare time. After excelling in acting and dancing, she might try her hands-on music as well soon.

Will there be a sequel to Greenblatt and Rodriguez's Awake? Photo source: EDaily Hub

Greenblatt is also a social media influencer; she boasts over 1.5 million followers on Instagram. Ariana is highly active on the gram, shooting for the upcoming Borderlands. Ariana recently posted a picture of her day out with the cast. Posing with Eli Roth, Bobby Lee, Benjamin Davis, she captions, "Had a tea party today."

After appearing as the young Nina in the musical film In the Heights, Greenblatt will play Tiny Tina in the upcoming Eli Roth's Borderlands: Starring A-listers like Kevin Hart, Cate Blanchett, Ariana will reportedly play a teenage explosive expert.

"Guess who is the deadliest 13-years-old in the world," says Ariana.
Photo Source: Biography Mask

Thrilled about the project, Ariana writes, "Guess who is the deadliest 13-year-old in the world, so excited to be a part of this insane adventure." In addition, Greenblatt will also star opposite Adam Driver in the upcoming thriller 65. Sony Pictures announced the movie would hit theatres on May 13, 2022.

Recommended: How Much is Alyvia Alyn Lind's Net Worth in 2021? Know All the Details!

Starring alongside Gina Rodriguez in the recently released Netflix Awake, the duo collected raving reviews for their roles. And now fans question if Netflix will gift them with a sequel to the insomniac thriller. Ariana also awaits the release of The Boss Baby 2. She has voiced Tabitha Templeton in the upcoming animated comedy.