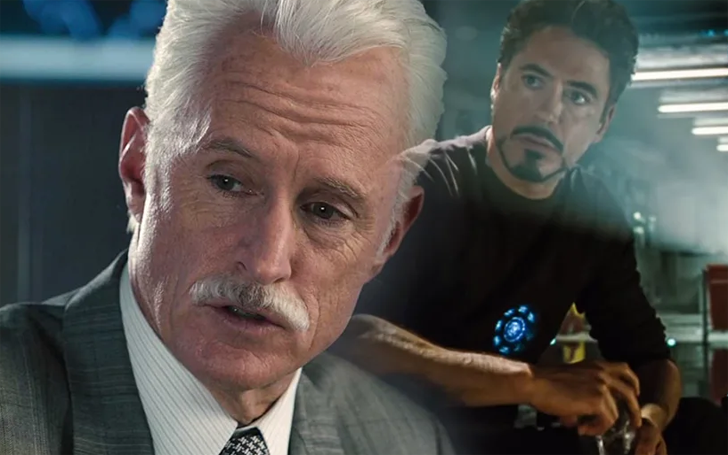 Fans think Tony was the adopted son of Howard and Maria, the writers explain why he was not.

It all started with Tony Stark, the Avengers Initiative when Nick Fury came out of the shadows inside the Malibu house to tell him he is not a superhero and there are other extraordinary people in the world. The journey started with Tony Stark saying “I am Iron Man” and it came to a fitting end with the same phrase uttered before succumbing to his injuries. It was a tragic end, but it was a fitting end to an 11-year arc the character went on, from a person who didn’t blink an eye when he was called “The merchant of death,” to sacrificing himself for the lives of everyone else.

Watch: Tony is called the merchant of death and he take it in stride

Before Tony’s heroic death, though, the writers of Avengers: Endgame gave Tony a sense of closure and tie up some plot points. Tony’s parents are an integral part of who he is or was as a superhero, his parents were the major plot points of 'Iron Man 2', and the death of 'Howard' and 'Maria' played the catalyst for the final confrontation at the end of Civil War. We also realized during the start of Civil War, Tony regrets the last conversation he and his father were involved in, so it was a fitting end when Tony was given one last opportunity to talk to his father.

After the defeat on Titan, at the hands of Thanos, Tony left his Iron Man suit to settle in a barn with his wife, 'Pepper', and daughter, 'Morgan', for five years. He is happy with his family, after all the loss he suffered, this was the one time where he got everything he ever wanted, a family. But when Ant-Man, Captain America, and Black Widow, sow the seed of the possibility of bringing someone close to Iron Man, 'Peter', back, he agrees to help in the time-heist. After much jumping about and mucking up the whole situation, 'Steve' and Tony decide they need to go to 1970 army barrack which he realizes from memory. This is when Tony meets his father Howard, and this meeting is what caused fans to speculate, Tony is an adopted child of Howard and Maria.

Watch: The last conversation Tony had with his parents

When Tony is speaking with his father, and he asks about the flowers and sardines, which causes Howard to tell Tony, his wife is pregnant. The reaction from Tony to the knowledge got people thinking maybe Tony was adopted, the movie was trying to talk about the birth of Tony, but the reaction was something which got fans speculating. There is a precedent for an adopted Tony in the comics, but the whole thing is so convoluted, it is unlikely they intended to go down the rabbit hole of adopted Tony.

So, now the fans now have an answer for whether their theory is correct or not in the commentary of Avengers: Endgame by writers Christopher Markus and Stephen McFeely. They said in the commentary it was a strange encounter between Howard and Tony; they said Howard was worried about raising a child considering the same child of his from future is giving him tips on how to raise a kid.

It settles it then, fans can now rest easy finding out Tony was not an adopted child and he was the biological son of Howard and Maria. The amazing thing about this shared universe Marvel created is they can leave open-ended plot points where they can come back to at a later date and fill in the blanks. Take Thor: The Dark World, for example, we never really got to know Thor’s mother, but her death was supposed to impactful, and it came off as meh. But after watching Endgame and after knowing the conversation she had with her future depressed son, also knowing the fact she is going to die in a couple of hours’ time, adds an emotional layer to the useless death in Dark World. Now, when we rewatch Dark World, the death feels heavier because we know she could’ve been saved, but she still went to her fated death.

The same was the case with Kevin Feige saying the kid during the final fight of Iron Man 2 at the Stark Expo, wearing the Iron Man mask was a kid Peter Parker which added to the bond both of them form over the three films.

Watch: Marvel explains the kid in the clip was Peter

The adoption of Tony or lack thereof is of now no consequence to anyone because Tony is dead, but if they want to, they can come back and say he was adopted and point to the same event. It is the beauty of MCU, everything appears to be set, but they can go back and use anything in the past movies to explain current motions. It may be frustrating sometime because you cannot judge one particular film on its merits and demerits because then it might get addressed in future movies. The interconnectivity of these movies is what makes them beautiful and emotional, so we are game for whatever explanation they come up with as long as the explanation carries some weight with the story, past or future.